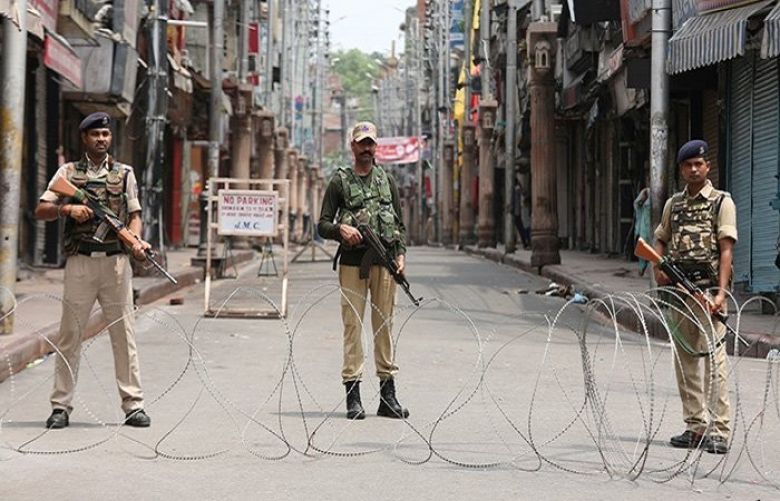 Indian troops have martyred three more Kashmiri youths in a brutal late-night operation in Srinagar, raising the number of slain youths in the disputed territory to 10 over the past three days.

According to the Kashmir Media Service, the youths were martyred in a deadly cordon and search operation in the Panthachowk area on the outskirts of Srinagar. Earlier, an Assistant Sub-Inspector of the Special Operation Group of Indian police was also killed in an attack in the same area.

On Saturday, Indian forces martyred three youths during a violent cordon and search operation in occupied Kashmir’s Pulwama district, while four youths were martyred during a similar operation in the Shopian district on Friday.

Also on Saturday, at least 40 people were wounded after Indian forces fired shotgun pellets and tear gas shells at a Muharram procession, injuring dozens of people who had come out despite a ban on religious gatherings, witnesses said.

Indian authorities had reimposed the ban on Thursday after clashes with mourners who wanted to stage traditional processions for during the holy month.

Jafar Ali, a witness, told AFP that the procession started in the Bemina area on the outskirts of Srinagar and that occupation forces were present in heavy numbers.

Ali and other people who witnessed the clashes said security forces fired pellets and tear gas shells to break up the gathering.

“The forces fired pellets at the procession that was mainly peaceful and included women,” said another witness Iqbal Ahmad. At least 40 people were injured, according to witnesses.

About 25 people were taken to a nearby clinic with pellet wounds, some with their faces and bodies covered in pellet marks, a doctor there told AFP on condition of anonymity. “We moved about a dozen people to other facilities for more advanced treatment,” the doctor said.