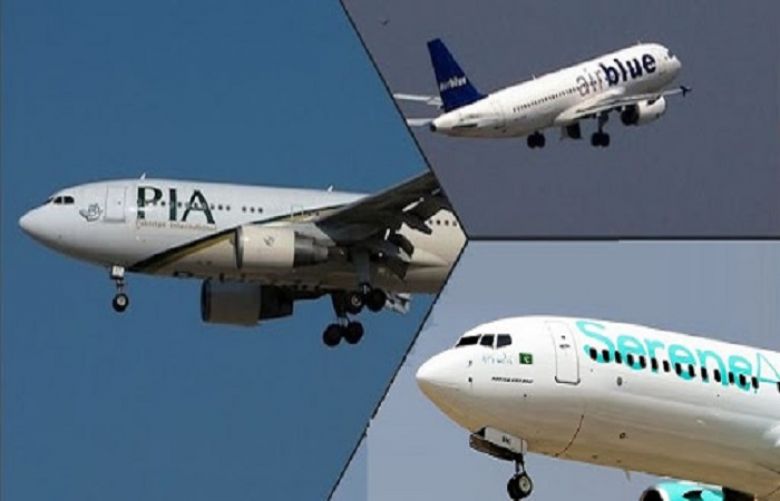 The Aviation Division has declared licences of 160 pilots from national flag-carrier Pakistan International Airlines (PIA), Airblue and SereneAir ‘suspicious’ and orderd the management of the airlines to immediate ground the aviates on Friday.

The aviation authority issued directives to the management of the airlines to immediately ground the pilots who were possessing suspicious licences. The suspicious pilots include 141 from PIA, nine from Airblue and 10 from SereneAir.

The report regarding the suspected licences was prepared by the fact-finding committee of the Aviation Division which aimed to check and verify the genuineness of the pilot licences on the basis of IT forensic analysis of records.

It directed the airlines to immediately ground the pilots in view of flight safety and security concerns besides submission of compliance report to the Director Flight Standards of Civil Aviation Authority (CAA) on most immediate basis.

Earlier in the day, Federal Minister for Aviation Ghulam Sarwar Khan said that the total number of ‘suspicious pilots’ was 262 who were employed in different airlines including Pakistan International Airlines (PIA).

Ghulam Sarwar Khan, while addressing a press conference in Islamabad today, said that those PIA pilots faced investigation have been recruited by the past governments. He said that the pilots had been recruited before 2018 who have faced inquiry as no new appointment was made during the tenure of Pakistan Tehreek-e-Insaf (PTI).

The process of reformation has been commenced in the national carrier, said Khan, adding that the former chief justice had directed to scrutinise degrees of the pilots.

The number of pilots performing duties in PIA was 450 and 262 pilots employed at the national carrier and other airlines were declared suspicious. He added that suspicious pilots will not be allowed to fly aircraft.

The list of the suspicious pilots has been handed over the concerned institutions which stated full restrictions against the aviates to operate aircraft.

He detailed that 34 pilots among them had not attempted a single exam paper out of eight subjects, whereas, 162 pilots were from PIA and 141 from other airlines. The federal minister said that the list of the suspicious pilots was also uploaded on the website.