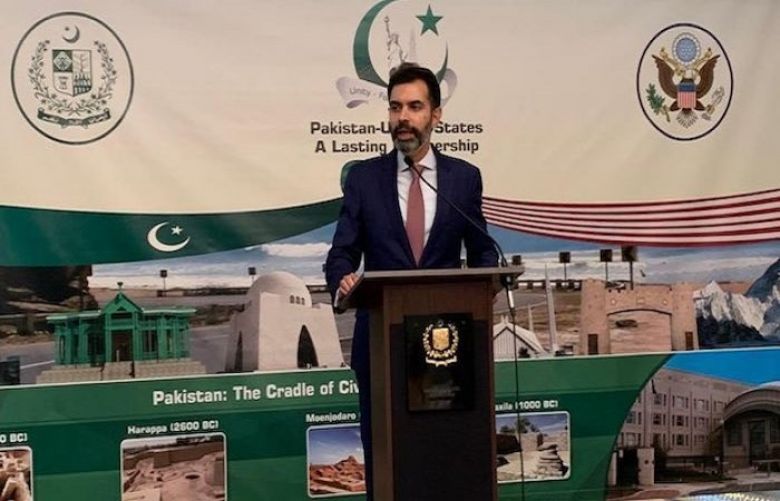 Pakistan will have to take tough decisions in future due to the International Monetary Fund (IMF) programme, says State Bank of Pakistan (SBP) Governor Reza Baqir.

He made this remark during his speech at a conference on business leaders Wednesday.

The SBP governor said Pakistan had overcome the threat of COVID-19 and the positivity rate of the infection is now "much lower than the global rate", The News reported.

The Pakistan government, he said, made sure of quick disbursement of financial assistance during the coronavirus pandemic. Loans of Rs2 trillion were given to business persons, Rs430 billion were spent on new investment and Rs240 billion were allocated for loans on easy conditions, the publication reported.

Foreign remittances, too, increased by 27% during the last fiscal year and the trend continues this year as well, he explained.

The SBP governor also met Prime Minister Imran Khan and briefed him over the progress being made with the Roshan Digital Accounts.

During a briefing on a Roshan Digital Account programme, he said that as many as 204,000 accounts have so far been opened by overseas Pakistanis and that a 1,000 accounts are being opened on a daily basis. He said that so far, they have received $2.3 billion in the accounts.

Prime Minister Imran Khan said that increase in the number of accounts under the programme is a sign of confidence from overseas Pakistanis in the incumbent government.

On August 18, it was reported that the Roshan Digital Account (RDA) programme has crossed a major milestone and hit the $2 billion mark as overseas Pakistanis continued to pose trust in the central bank’s initiative that was launched in September last year.

Last month, the SBP received $2.75 billion from the IMF as part of the Special Drawing Rights (SDR) allocation announced by the fund recently.

“SBP has received US$2.75 billion from the IMF, as part of SDR allocation announced by IMF recently,” the central bank had tweeted.

Pakistan was due to receive the amount on August 23 from IMF's general allocations of $650 billion that had been approved to boost global liquidity amid the coronavirus pandemic across the globe.

The amount was directly transferred to the SBP, which has further improved the country’s foreign exchange reserves and is expected to have good impact on the economy.

The Board of Governors of the IMF had approved a general allocation of SDRs equivalent to $650 billion on August 2, 2021 — to boost global liquidity.

According to the IMF statement, the allocation would benefit all members, address the long-term global need for reserves, build confidence, and foster the resilience and stability of the global economy.

It would particularly help the most vulnerable countries struggling to cope with the impact of the COVID-19 crisis.