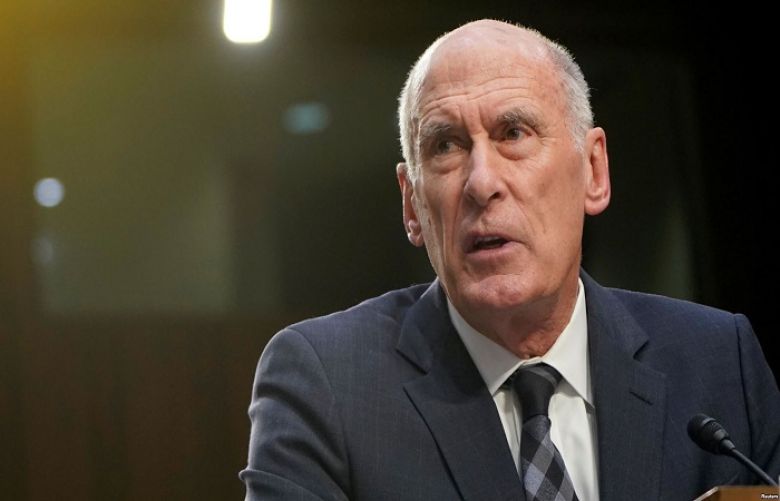 U.S. intelligence chiefs are sounding alarms about an ever more perilous future for the United States, one in which the country is in danger of seeing its influence wane, its allies waiver and key adversaries team up to erode norms that once kept the country safe and the world more stable.

Director of National Intelligence Dan Coats, along with the leaders of five other top intelligence agencies, delivered the grim assessment Tuesday, unveiling their annual worldwide threats report for lawmakers on the Senate Intelligence Committee.

Coats described the challenges facing the U.S. as a "toxic mix," combing the exploits of the "big four" — Russia, China, North Korea and Iran — and of non-state actors such as terrorists and criminal networks, and factors such as rapidly advancing technology, climate change and migration.

"It is increasingly a challenge to prioritize which threats are of greatest importance," Coats said, sharing testimony that often and repeatedly contradicted past assertions by U.S. President Donald Trump.

"We face significant changes in the domestic and global environment that has resulted in an increasingly complex and uncertain world and we must be ready. We must be ready," he added.

Driving many of the concerns, according to intelligence officials, is a growing alliance between Russia and China competing against the U.S. not just for military and technological superiority, but for global influence.

"China and Russia are more aligned than at any point since the mid-1950s," the report warns.

That relationship is only likely to strengthen as both Moscow and Beijing attempt to take advantage of what they see as a growing U.S. unilateralism, it added.

Officials say that is already playing out in Europe where both countries find openings, as traditional U.S. allies question Washington's role and consider new partnerships.

The threat assessment, while not mentioning the Trump administration's focus on "America First" policies or its repeated criticism of alliances like NATO, cautions that many of these U.S. allies are already "seeking greater independence from Washington in response to their perceptions of changing U.S. policies on security and trade."

At the same time, China and Russia appear to be benefiting from different approaches.

Beijing is trying to win influence by selling would-be partners "a distinctly Chinese fusion of strongman autocracy and a form of Western-style capitalism as a development model and implicit alternative to democratic values and institutions," Coats said.

In contrast, Coats warned Russia is using weapons sales, private security firms and energy deals with some success across the Middle East, Africa and Southeast Asia.

The intelligence chiefs also broke with Trump over North Korea less than a month after the president touted what he called an "incredible" meeting with North Korean nuclear envoy Kim Yong Chol.

"We have made a lot of progress, as far as denuclearization is concerned," Trump said at the time.

But Coats is skeptical that Pyongyang will ever give up its entire nuclear arsenal, pointing to "activity that is inconsistent with full denuclearization."

CIA Director Gina Haspel also said that despite indications North Korean leader Kim Jong Un "is trying to navigate a path toward some kind of better future," his calculations on the need for nuclear weapons do not seem to have changed.

"The regime is committed to developing a long-range nuclear armed missile that would pose a direct threat to the United States," she told lawmakers.

And while North Korea has not conducted a nuclear test in more than a year, Defense Intelligence Agency Director Gen. Robert Ashley likewise warned there is no reason to relax.

"They showed a capability to have an ICBM function," Ashley said, pointing to older missile tests. "The capabilities and threat that existed a year ago are still there."

The U.S. intelligence community also expressed caution about the president's willingness to declare the demise of the Daesh terror group.

The Daesh head, Coats said, has been defeated, reduced to just a "couple of little villages" in Syria. But he said underestimating the group's resolve would be a mistake.

"Daesh is intent on resurging and still commands thousands of fighters in Iraq and Syria," Coats said, using an acronym for the group.

"Daesh will continue to be a threat to the United States, and we're going to have to continue … to keep our eyes on that and our interest in the realization that this terrorism threat is going to continue for some time."

U.S. intelligence analysts also appear to split with Trump over Iran and its pursuit of nuclear weapons.

"At the moment, technically, they are in compliance," Haspel said of the 2015 deal between Iran and world powers meant to prevent Tehran from pursuing nuclear weapons.

The U.S. withdrew from the agreement last May, after Trump decried it as "defective to its core," arguing that it would allow Iran to get economic relief and still have a path to nuclear weapons.

But for now, U.S. intelligence officials say Tehran is at least a year away from being able to produce a nuclear warhead, though they caution that with new U.S. and European sanctions, their willingness to stick with the agreement may be waning.

"We do see them debating amongst themselves as they've failed to realize the economic benefits they hoped for from the deal," Haspel added.

At the same time, Coats said intelligence analysts expect Iran to put greater pressure on the U.S. in the Middle East, with Iranian-backed Shia militias likely to pose a growing threat to U.S. troops in Iraq.

Coats and the other intelligence chiefs warned lawmakers that Russia, China, North Korea and Iran would continue to pressure the U.S. in cyberspace.

"We expect these actors and others to rely more and more on cyber capabilities when seeking to gain political, economic and military advantages over the United States and its allies and partners," he told lawmakers Tuesday.

Coats said despite successful efforts to protect "the integrity of the 2018 midterm elections," the intelligence agencies expected Russia, China, Iran and others to target the 2020 U.S. presidential elections.

"We expect them to refine their capabilities and add new tactics as they learn from each other's experiences and efforts in previous elections," he said.

Coats called the situation in Venezuela, where the U.S. has officially recognized Venezuelan legislative leader Juan Guaido as the country president, "tenuous."

In an effort to support Guaido and constrain Venezuela's President Nicolas Maduro, the U.S. on Monday slapped sanctions on the country's state-run oil company.

But Coats said he expects Cuba, Russia and China "to prop up the Maduro regime's security or financing," and that the deciding factor could be the country's military.

"The influence of the military on that decision … probably is key to what direction we might go in," he said.

Despite the heavy focus from the White House and the Department of Homeland Security on the need for a border wall, the intelligence chiefs made no direct mention of threats along the southern U.S. border with Mexico.

Coats said he expected Mexico would "pursue cooperation with the United States as it tries to reduce violence and address socioeconomic issues, but authorities still do not have the capability to fully address the reduction, the flow and trafficking of the drug cartels."

The Worldwide Threat Assessment report also warned of increased migration pressures worldwide due to a combination of a slowing global economy and climate change.