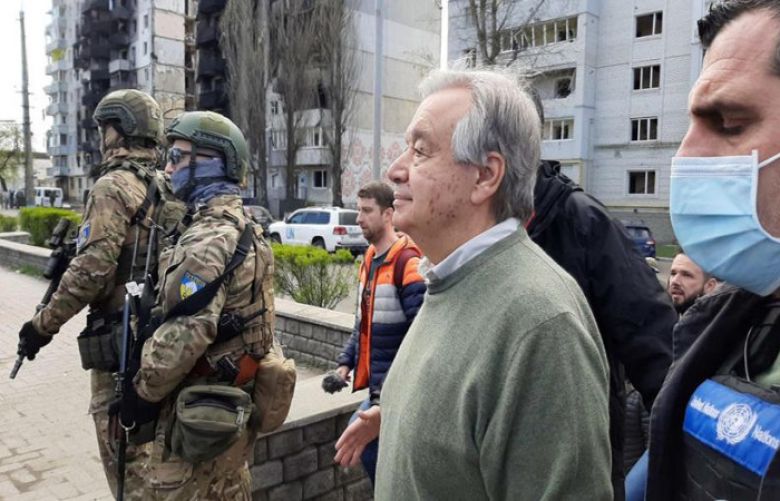 Russian forces bombarded Ukraine s capital late Thursday during a visit by UN Secretary-General Antonio Guterres, who decried the "absurdity" of war in the 21st century, as US President Joe Biden asked for $33 billion more to support Kyiv.

At least three people were wounded in the strikes in the western part of the city, which were the first in the capital in nearly two weeks, and came after Guterres toured Bucha and other suburbs where Moscow is alleged to have committed war crimes.

Ukrainian prosecutors said they were investigating 10 Russian soldiers for suspected atrocities in Bucha, where dozens of bodies in civilian clothes were found after Moscow s retreat, and had identified more than 8,000 alleged war crimes cases.

In Washington, Biden urged US lawmakers to approve his huge aid package, as well as proposed new laws to allow using luxury assets stripped from Russian oligarchs to compensate Ukraine for damage inflicted since Moscow invaded on February 24.

"The cost of this fight is not cheap. But caving to aggression is going to be more costly if we allow it to happen," Biden said.