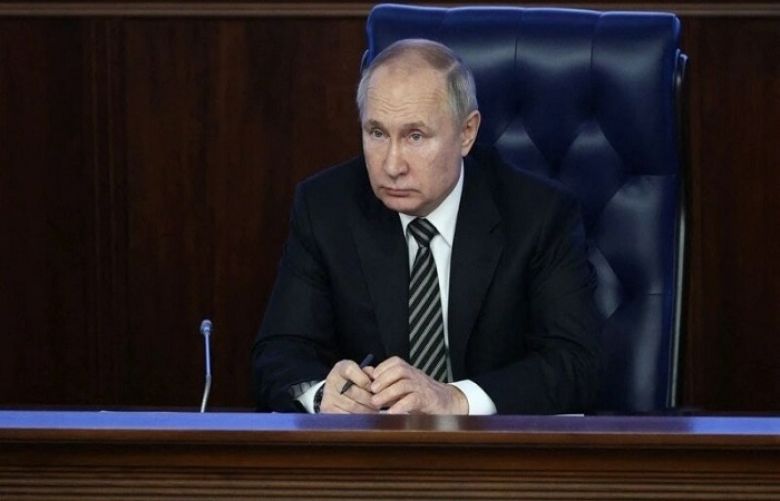 Russia stepped up its assaults on eastern and southern Ukraine, Kyiv said on Thursday, and President Vladimir Putin threatened “lightning-fast” retaliation against any Western countries that intervene on Ukraine's behalf.

More than two months into an invasion that has flattened cities but failed to capture the capital Kyiv, Russia has mounted a push to seize two eastern provinces in a battle the West views as a decisive turning point in the war.

“The enemy is increasing the pace of the offensive operation. The Russian occupiers are exerting intense fire in almost all directions,” Ukraine's military command said of the situation on the main front in the east.

It said Russia's main attack was near the towns of Slobozhanske and Donets, along a strategic frontline highway linking Ukraine's second-largest city Kharkiv with the Russian-occupied city of Izyum. The Kharkiv regional governor said Russian forces were intensifying attacks from Izyum, but Ukrainian troops were holding their ground.

Although Russian forces were pushed out of northern Ukraine last month, they are heavily entrenched in the east and also still hold a swathe of the south that they seized in March.

Ukraine said there were strong explosions overnight in the southern city of Kherson, the only regional capital Russia has captured since the invasion. Russian troops there used tear gas and stun grenades on Wednesday to suppress pro-Ukrainian demonstrations, and were now shelling the entire surrounding region and attacking towards Mykolaiv and Kryvyi Rih, President Vladimir Zelenskiy's southern home city, Ukraine said.

Kyiv accuses Moscow of planning to stage a fake independence referendum in the occupied south.

Russian state media quoted an official from a self-styled pro-Russian “military-civilian commission” in Kherson on Thursday as saying the area would start using Russia's rouble currency from May 1.

Western countries have ramped up weapons deliveries to Ukraine in recent days as the fighting in the east has intensified. More than 40 countries met this week at a US air base in Germany and pledged to send heavy arms such as artillery for what is expected to be a vast battle of opposing armies along a heavily fortified front line.

Washington now says it hopes Ukrainian forces can not only repel Russia's assault on the east, but weaken its military so that it can no longer threaten neighbours. Russia says that amounts to Nato waging “proxy war” against it.

“If someone intends to intervene in the ongoing events from the outside, and create strategic threats for Russia that are unacceptable to us, they should know that our retaliatory strikes will be lightning-fast,” Putin told lawmakers in St Petersburg.

“We have all the tools for this, things no one else can boast of having now. And we will not boast, we will use them if necessary. And I want everyone to know that.”