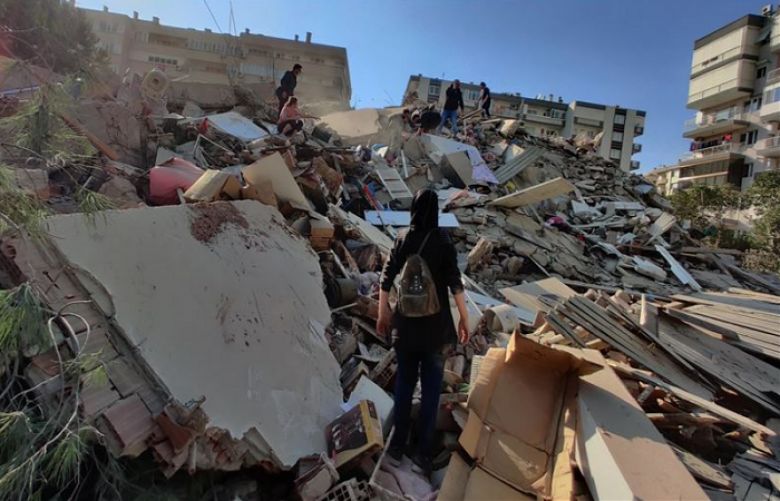 At least 12 people were killed in Turkey and two were reported dead in Greece after a strong earthquake struck the Aegean Sea on Friday.

According to US Geological Survey (USGS), the quake struck off of Turkey's Aegean coast, north of the Greek island of Samos.

USGS added that tremors were felt as far away as Istanbul and Athens.

Turkey's Disaster and Emergency Management Presidency (AFAD) said 12 people have died and 419 people have been injured, adding that search and rescue operations at 17 collapsed or damaged buildings continue.

On the Greek island of Samos, two teenagers were found dead, an emergency official said.

The two, a boy and a girl, were confirmed dead after being found unconscious in an area where a wall had collapsed in an area of Vathy, a town on the island.

The earthquake brought buildings crashing down and set off tidal waves which slammed into coastal areas and nearby Greek islands.

Videos of buildings reduced to rubble and people going through the debris were shared widely on social media. These could not be independently verified.