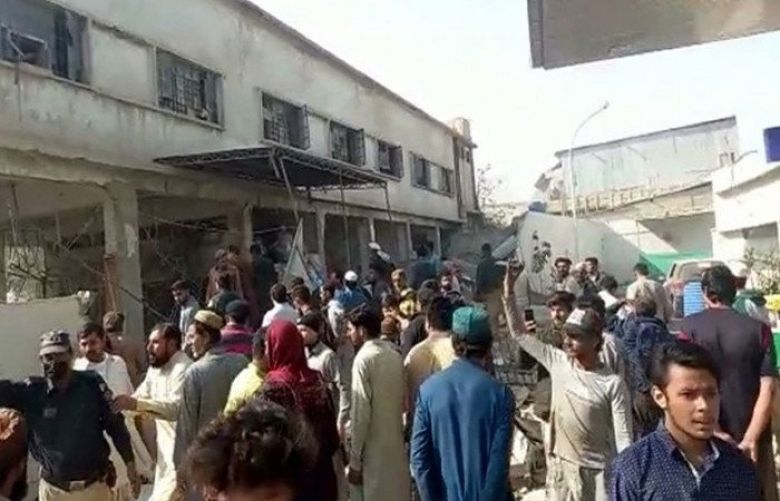 A powerful gas explosion occurred in a nullah near Paracha Chowk in Karachi’s Shershah area on Sunday.

According to police, the blast occurred in a sewerage drain and no casualties have so far been reported.

Upon receiving the information, rescue teams as well as law enforcement were quickly dispatched to the area and cordoned off the area.

A similar explosion also occurred in the same area on Saturday.

In December, at least 18 people had been killed after a building housing a private bank had collapsed due to an explosion caused by the accumulation of gases in the drain underneath in the Sheershah area.

A bomb disposal squad (BDS) in a report stated that the blast occurred due to the release of gases from the sewerage line beneath the building housing the bank and another office.