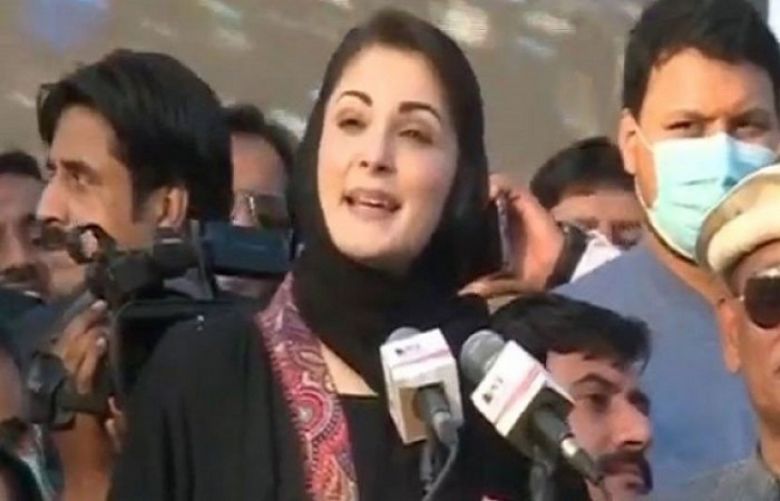 PML-N Vice President Maryam Nawaz on Wednesday lashed out at the PTI government for "rigging" the Gilgit-Baltistan elections, saying "no one in Pakistan was ready to accept the fake result" of GB polls.

"Despite stealing PML-N nominees, despite stealing elections, despite posting officials of all agencies in Gilgit-Baltistan for months, despite manipulation, how many seats did he get? Only eight," she said in a speech in Mansehra.

Maryam said that she had stayed in GB for eight to 10 days for the election campaign and during that time the region was only voicing support for PML-N supremo Nawaz. She said that even though there was no internet in many remote areas of GB, people were aware of Nawaz's narrative of vote ko izzat do (give respect to vote). The PML-N vice president declared that Nawaz's "narrative had buried" the politics of the ruling PTI.

"It is because of Nawaz Sharif's narrative that despite a fixed match, you did not get a mandate, you only got crutches," she said.

In the 2018 general election, Maryam said, the "selected" was brought to power through rigging. "But today, the difference is that despite rigging, this fake (prime minister) could not win."

Maryam noted that it was often said that GB residents vote for the party that is in power in Islamabad. When PPP was in government, Maryam recalled, it won 14 seats in GB. Similarly, when PML-N was in power, it won 16 seats in GB and "did not need crutches to form a government" in the region. The PTI had only managed to win eight seats despite rigging, she insisted and added that the party members should "hide their faces after such an awful loss".

She said that in the recent election, GB residents had "voted for dignity" instead of their interests.

"Why would GB people vote for you (PTI)? What have you given to the rest of Pakistan that you would have given to Gilgit-Baltistan?"

The complete but unofficial results of all 23 constituencies, where polling was held on Sunday, show that the PTI has emerged as the single largest party with 10 seats, followed by seven independents. The PPP won three seats, the PML-N two and the Majlis Wahdatul Muslimeen, which had a seat adjustment arrangement with the PTI, got one seat.

With the possible inclusion of four, out of six reserved seats for women, and two out of three reserved seats for technocrats, the total number of seats of the PTI and its allies will become 16 in the 33-member GBLA, indicating that it will need the support of only one more winning candidate to form the government.

Both PPP and PML-N have rejected the results and accused PTI of rigging the election.