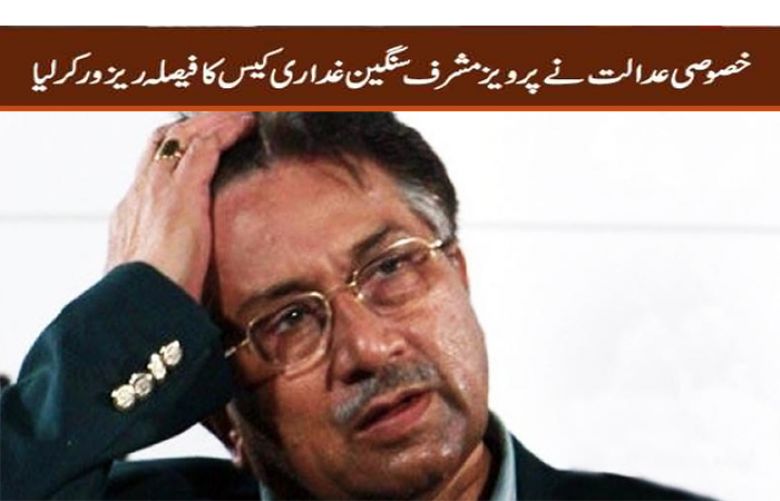 The special court in Islamabad reserved its verdict in the high treason case against former president retired General Pervez Musharraf.

During the proceedings, Justice Seth asked whether the court’s permission had been sought before removing the prosecution team.

In response, Deputy Attorney General (DAG) Sajid Ilyas Bhatti said that following the change in government head of the prosecution Akram Sheikh had tendered his resignation.

On October 24, the court was informed that the government had sacked the entire prosecution team engaged by the previous PML-N government to prosecute the high treason case against Musharraf.

Justice Seth further asked where Musharraf’s lawyer was. He was informed by a special registrar of the court that the lawyer was gone to perform Umrah.

Following this, Justice Seth said that the former president’s lawyer had been given a third chance to submit his arguments today.

The proceedings were briefly adjourned, after which the court said that the verdict in the case will be announced on November 28.

Additionally, the court said that Musharraf’s counsel could submit written arguments by November 26.

The high treason trial of the former military dictator for clamping the state of emergency on Nov 3, 2007, has been pending since December 2013.