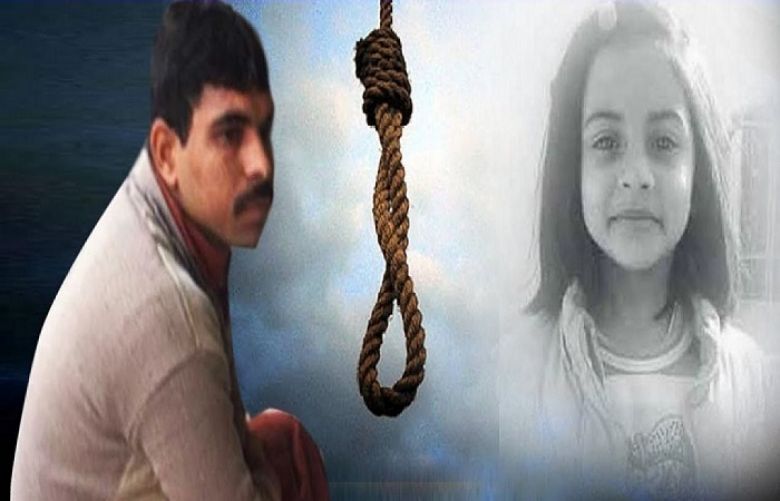 A special anti-terrorism court on Friday issued black warrants for Imran convicted for the rape and murder of seven-year-old Zainab.

Imran, who was awarded 21 death sentences in the case, will be executed on October 17 at the Central Jail in Lahore.

Seven-year-old Zainab was kidnapped from near her aunt’s house in Kasur on January 4 and was found dead in a garbage heap five days later.

On January 23, the authorities claimed to have nabbed Imran, a serial killer involved in other such crimes, through a DNA match.

Imran's DNA also matched samples taken from seven other minor girls who were abused and murdered earlier in Kasur, according to the police.

After the police arrested him, Imran reportedly confessed to assaulting eight minor girls at an under-construction site and two others in a garbage heap in Kasur.
On February 17, an anti-terrorism court (ATC) hearing the high-profile case sentenced Imran to death four times.

Appealing against the ATC verdict, Imran claimed innocence before the Lahore High Court and pleaded for the verdict to be declared null and void.

The Supreme Court's Lahore Registry on June 12 dismissed Imran's appeal against the death sentence handed to him for raping and murdering the minor girl.