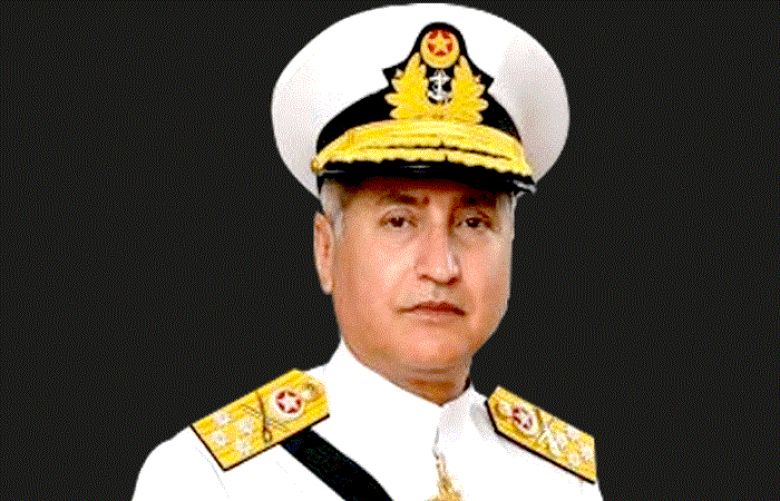 A special ceremony at Naval Headquarters was held on Thursday in Islamabad in connection with the Defence and Martyrs Day.

Vice Chief of the Naval Staff, Admiral Kaleem Shaukat was the chief guest.

Full dress rehearsal was also done at Seaview by Pakistan Navy to show their operational strength.

On the occasion, the message of the Naval Chief was also read out in which he highlighted the role played by Pakistan Navy in the war of 1965.

The nation is celebrating Defence and Martyrs Day to pay homage to the martyrs and ‘Ghazis’ who became a rock solid wall to defend the motherland against the aggression of enemy.

It was on this day in 1965 that Indian forces crossed international border in the darkness of night to attack Pakistan but the nation and the armed forces foiled the nefarious designs of the enemy.

Special prayers offered after Fajr prayers in mosques for progress and prosperity of the country. Fateha and Quran Khawani also be held for the martyrs.

The main ceremony of the day will be held at General Headquarters in Rawalpindi from 8 pm to 10 pm to pay homage to the martyrs and their families.

Prime Minister Imran Khan will be Chief Guest on the occasion, as confirmed by Minister of Information Chaudhary Fawad Hussain in a tweet.

Special two hour long show will be broadcast between 1100 hours to 1300 hours.

In Sindh, main event of the day was held in Karachi with the change of guard at Mazar-e-Quaid in the morning in which a smartly turned out contingent of Pakistan Air Force assumed the guard duties.

Representatives of armed forces will also visit the families of martyrs to express solidarity with them and to pay homage for the sacrifice of their loved ones.

In Khyber Pakhtunkhwa, the main function in connection with the Defence and Martyrs Day will be held at Karnal Sher Khan Shaheed Stadium, Peshawar.

Families of martyrs will also attend the function.

An exhibition of military equipment including air defence, armor and artillery has been arranged to mark the day.

Floral wreaths will be placed at the graves of martyrs.

In Balochistan, main ceremony will be held at the Yadgar-i-Shuhada in Quetta Cantt.

Besides, a flag hoisting ceremony will be held at the grave of Nawabzada Mir Siraj Raisani in his ancestral village Killi Kanak in Mastung district.

In Azad Jammu and Kashmir, main function would be held at Neelum Stadium in Muzaffarabad in the morning.

AJK President Sardar Muhammad Masood Khan would be the Chief Guest on the occasion.

The ceremony will be attended by AJK Prime Minister Raja Farooq Haider Khan, families of martyrs, high ranking military and civil officials and notables of the city.

A function would also be held at Hockey Ground Narrol Stadium in the evening under the aegis of Kashmir Liberation Cell.

Prime Minister Raja Farooq Haider Khan would be the Chief Guest on this occasion.

The city has been decorated with the portraits of national heroes and martyrs of 1965 war.

PM Will Be Chief Guest At Defence, Martyrs Day Ceremony

Earlier, Chief of Army Staff General Qamar Javed Bajwa on Wednesday paid rich tributes to the martyrs and their families who have given countless sacrifices for safeguarding the country.

COAS Pays Tribute To Martyrs And Their Families

Chief of Army Staff General Qamar Javed Bajwa paid rich tributes to the martyrs and their families who have given countless sacrifices for safeguarding the country.

“The death of a martyr is the life of the nation. Salute to the martyrs of Pakistan and their families,” the army chief said in a message released on social media by the Inter-Services Public Relations.

On the auspicious occasion of Defence Day of Pakistan, Pakistan Air Force has launched a new motivational song (Wardi).

The song has been sung by the renowned Pakistani vocalist Shafqat Amant Ali Khan.

The song is a tribute to the services of all rank and file of PAF and evokes the respect for the various uniforms worn by the personnel of Defence Forces of Pakistan.