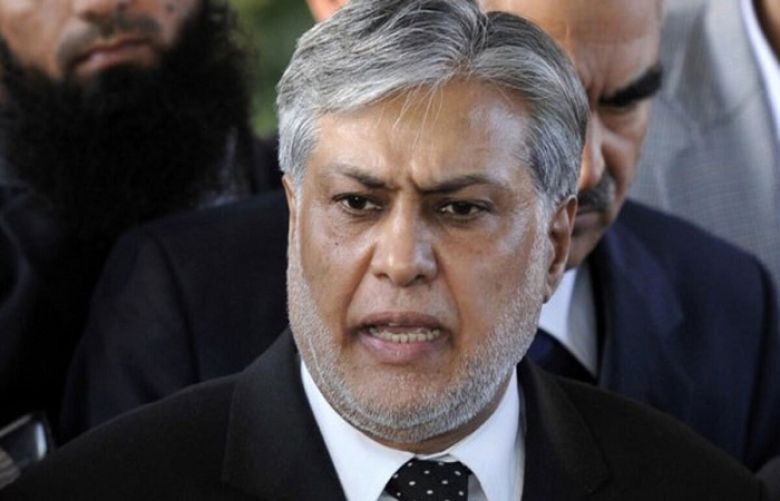 The Election Commission of Pakistan (ECP) on Monday reserved its verdict on a case seeking to declare Pakistan Muslim League-Nawaz (PML-N) leader Ishaq Dar’s Senate seat empty as the latter has not taken oath to his office.

A bench of Election Commission heard the case on Monday. Lawyer Salman Aslam Butt appeared before the commission on behalf of Dar.

During hearing, ECP Balochistan member observed that the government had issued an ordinance that stipulated that if a member did not take oath to his Senate seat within 60 days, his seat would be deemed empty.

Lawyer Butt said that Dar’s notification regarding winning of Senate seat was issued on March 9 and it was suspended on 29th March, 2018. However, the success notification was restored again after the Supreme Court rejected the petition against the notification.

The lawyer argued that the ordinance did not apply on Ishaq Dar as he could not take oath to his seat when his success notification was already suspended.

The ECP Khyber Pakhtunkhwa member said the question before the bench was: whether Dar had been disqualified or not?

The lawyer contended that under Article 63-P, no one could be disqualified under a law introduced through an ordinance. He further told the bench that the ordinance had already been expired.

He petitioned the Election Commission to withdraw the notification regarding declaring Dar’s Senate seat empty. He argued that if a Senate member did not take oath for five years, even then he could not be disqualified.

The KP member questioned if Dar was disqualified even before the election amendment act, how he could become qualified now! He said the ECP could not interpret the law.

Salman Butt contended that the ordinance enacted by the PTI government was illegal.

However, after hearing arguments, the ECP reserved the judgment on the case.

It is pertinent to mention here that Ishaq Dar who has been living in self-exile in England is coming to Pakistan with Prime Minister Shehbaz Sharif and he is expected to take oath as Senator on Tuesday (tomorrow).

Dar will also take oath of the post of Finance Minister on the same day replacing Miftah Ismail who has resigned from his post in London on Sunday.