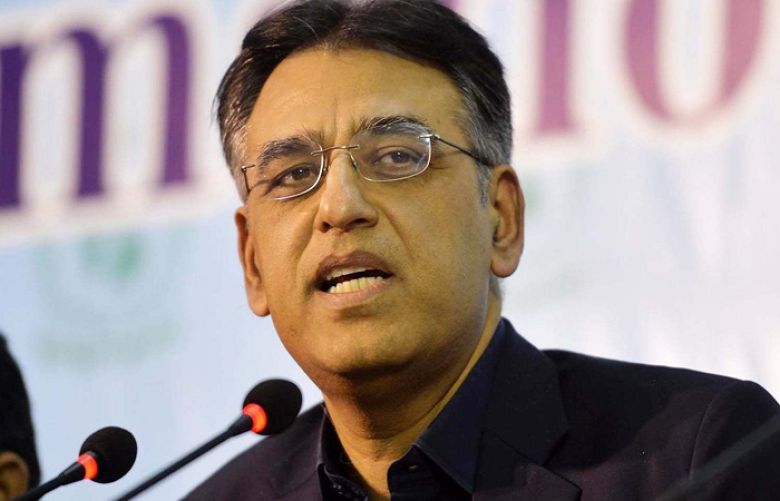 PTI Secretary-General Asad Umar claimed Monday that he was approached for a minus-Imran Khan formula ahead of the no-confidence vote against the then-prime minister.

PTI Chairman Khan was removed from office in April through a no-confidence motion and he, to date, claims that it was a US-backed move. However, the then-opposition and the American government both deny the allegations.

"This is an incident that took place two or three days before the vote of no-confidence. I received a call from Bani Gala, asking me to reach there immediately," Umar said, according to media.

The former federal minister said some people — whom he refrained from naming — called him towards them upon his arrival at Bani Gala.

"They shared with me this 'brilliant idea' of proposing three names in place of Imran Khan [as the prime minister] and suggested that my name be added to it," Umar said.

In response to their proposal, the ex-federal minister said he told them that they were "out of their minds" as PTI is "nothing" without its chairman, Khan.