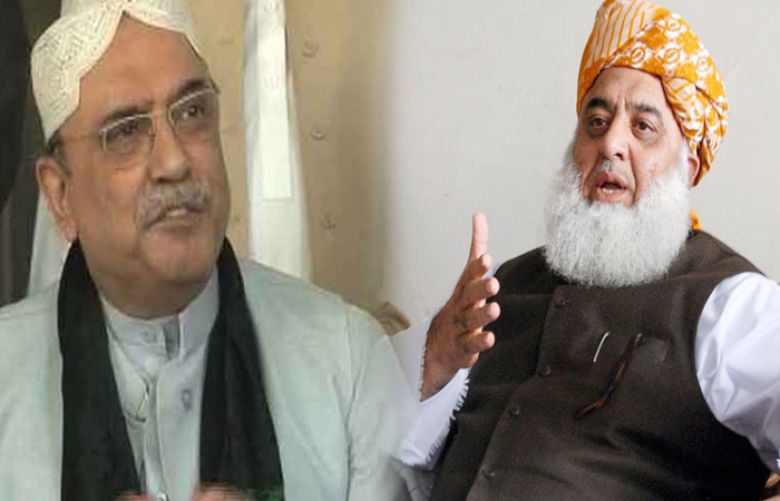 Sources further said that the two leaders also discussed electoral reforms and overcoming the current economic crisis faced by the country during the meeting.

It is pertinent to mention here that Maulana Fazlur Rehman and Asif Ali Zardari had earlier attended the coalition parties held to discuss the situation appeared after the apex court’s decision regarding the interpretation of Article 63A. The meeting was chaired by Prime Minister Shehbaz Sharif.

It was decided in the meeting that immediate legal opinion should be taken on the decision of the Supreme Court and electoral reforms for the next elections should be completed soon.

The allies suggested that the economic team should take immediate steps to stabilize the value of the rupee and finalize the IMF program for the betterment of the economy.

It was discussed in the meeting that they are ready to deal with the possible political crisis in Punjab after the apex court verdict.