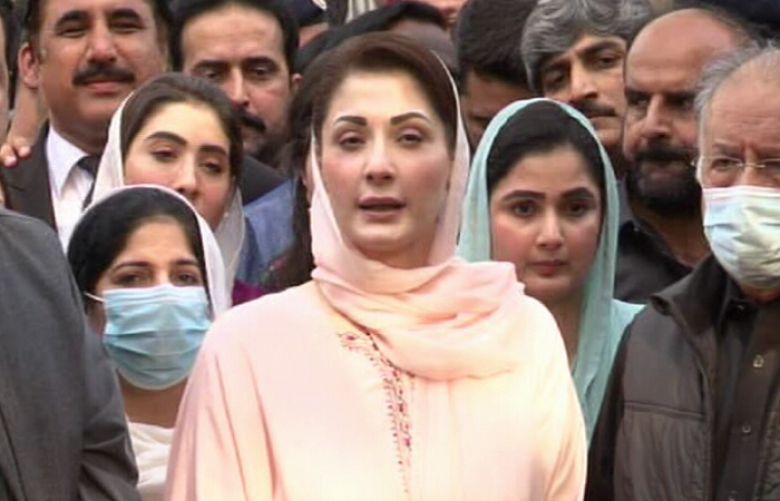 PML-N Vice President Maryam Nawaz on Wednesday called the explosive affidavit by former chief judge of Gilgit-Baltistan Rana Mohammad Shamim "the third major testimony from within the judiciary" that she claimed proved her and her father Nawaz Sharif's innocence.

She was speaking outside the Islamabad High Court (IHC) which conducted a hearing on Maryam's appeal seeking annulment of her conviction in the Avenfield apartments reference.

The Avenfield proceedings were thrust into the limelight on Monday after The News ran a report carrying allegations by Justice Shamim that former chief justice of Pakistan Mian Saqib Nisar had influenced judicial proceedings to prolong Nawaz and Maryam's detention following their conviction in the reference.

The IHC had taken notice of the report the same day and during Tuesday's hearing, issued show-cause notices to The News editor Aamir Ghouri and journalist Ansar Abbasi, judge Shamim, and editor-in-chief of Jang Group Mir Shakeel-ur-Rehman.
"We knew that the oppressors' days were numbered but we didn't expect the truth would come to light so soon," said Maryam while talking to the media on Wednesday.

She named former IHC judge Shaukat Aziz Siddiqui and the late accountability judge Arshad Malik as the other two "witnesses" who spoke the truth [about Nawaz's innocence].

"Instead of his statement being taken seriously, he [Siddiqui] was expelled from service. His case was then referred to SJC and he is waiting for justice," she said, alleging the case of Arshad Malik was "deliberately ignored".

"The man who had announced the conviction [in the Al Azizia reference] gave a statement expressing the truth about Nawaz Sharif in his life."

Referring to the IHC's proceedings on The News report, she said that the first notice should have been sent to former CJP Nisar.