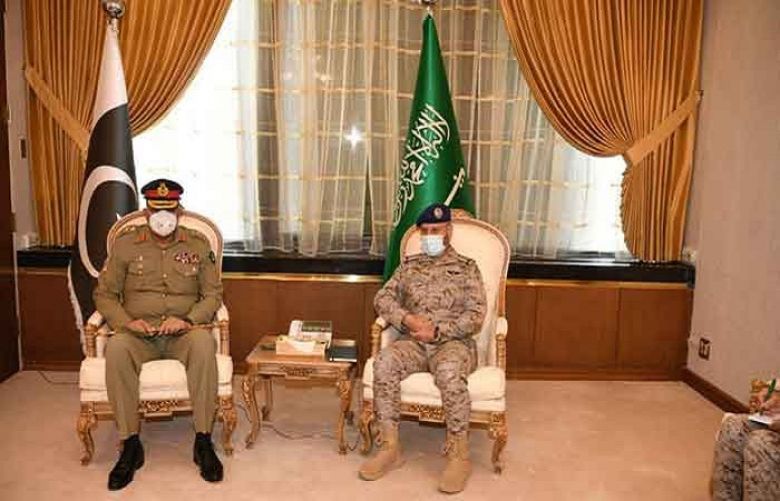 Chief of Army Staff General Qamar Javed Bajwa said that military cooperation between Islamabad and Riyadh will have a “positive impact on peace and security” of the region, said a statement issued by the Inter Services Public Relations (ISPR).

The two discussed matters of mutual interest, regional security situation including the Afghan peace process, defence and security and military to military cooperation.

“[Gen Bajwa] emphasised the need to further enhance military to military cooperation between the two armed forces and said that Pakistan-KSA cooperation will have positive impact on peace and security in the region,” said the ISPR.

The military’s media wing said that General Fayiadh thanked Saudi Arabia for his “sentiments and assured him of full cooperation and support” from Riyadh in all initiatives aimed at improving regional cooperation, peace and stability.

Gen Bajwa had arrived in Saudi Arabia on an official visit on Tuesday and is scheduled to meet the kingdom’s civil-military leadership.