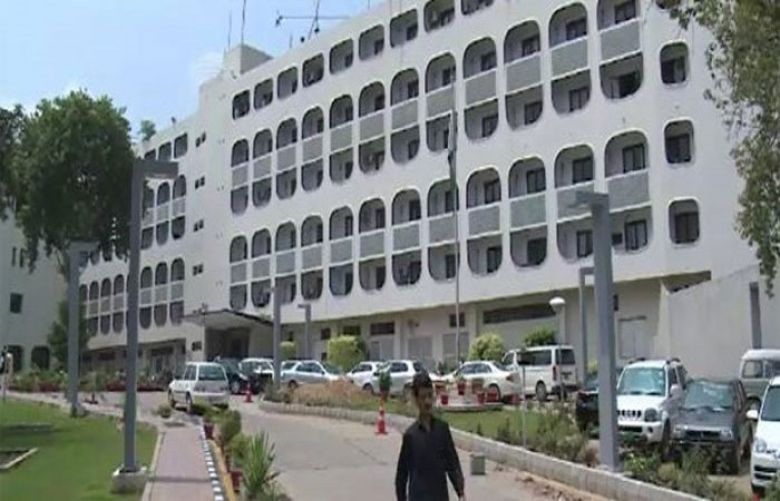 Pakistan on Saturday strongly condemned the rocket attack at Kabul city that have resulted in the loss of precious lives and injuries to many.

“We convey our heartfelt condolences to the families of all those who lost their lives and pray for the early and complete recovery of the injured,” Foreign Office spokesperson Zahid Hafeez Chaudhri said in a statement.

He said at a time when the international community’s efforts towards the Afghan peace process were moving forward, it was important to be vigilant against the spoilers who were working to undermine the peace efforts.

“Pakistan reiterates its condemnation of terrorism in all its forms and manifestations. We express our full solidarity and support for Afghanistan and its fraternal people,” the spokesperson added.

At least eight people were killed and 31 more wounded in a series of loud explosions that shook central Kabul today morning.

The explosions are believed to have been caused by more than a dozen rockets fired from different locations. Several rockets also landed near the heavily fortified Green Zone, where many embassies and international firms are based, officials said.

The explosions occurred in densely populated parts of the Afghan capital.

Kabul police spokesman Ferdaws Faramarz confirmed that “multiple rockets” had been fired, while photos on social media appeared to show damage to an external wall of a large medical complex.

Afghan Interior Ministry spokesman Tariq Arian said in a statement a total of 23 rockets were fired in the attacks.

An injured person is carried to a hospital after rockets hit residential areas in Kabul, Afghanistan November 21, 2020. — Reuters
No group immediately claimed the blasts and the Taliban denied responsibility.

Recent big attacks in Kabul, including two horrific assaults on educational institutions that killed nearly 50 people in recent weeks, follow a familiar pattern in the aftermath, with the Taliban denying any involvement while the Afghan government pins the blame on them or their proxies.

"The rocket attack in Kabul city has nothing to do with the mujahideen of the Islamic Emirate," Taliban spokesman Zabihullah Mujahid said, using the insurgents' name for Afghanistan.

"We do not blindly fire on public places."

United States Ambassador to Afghanistan Ross Wilson condemned the attack I a series of tweets.

“I condemn this morning’s rocket and IED explosions in Kabul. Afghans should not have to live in terror. My condolences to the victims and those families of those killed and wounded,” he wrote.