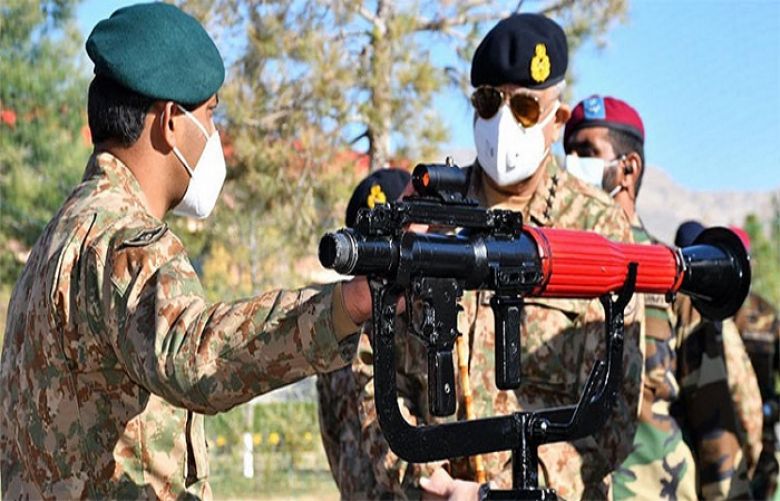 According to the ISPR, COAS Qamar Javed Bajwa held an interaction with the participants of the National Workshop Balochistan which was aimed at enhancing the understanding of participants about critical national security issues, timely decision-making process, national security management system, and elements of national power.

Speaking on the occasion, the COAS said that progress and stability in Balochistan are critical to the prosperity of Pakistan. “All stakeholders including the army have synergized their efforts for socio-eco uplift of the people of Balochistan.”

Dilating upon the security situation, the army chief highlighted measures like fencing of Pakistani borders with Afghanistan and Iran, effective articulation of security apparatus deployed across the province, Quetta Safe City Project, and other measures that had a positive impact on the overall security paradigm of Balochistan.

“Nefarious efforts of hostile elements to foment terrorism and create chaos in the largest province of Pakistan won’t be allowed to succeed,” COAS Qamar Javed Bajwa emphasized while reiterating that Pakistan’s peace and prosperity is linked with a commitment to democracy and its values.

Later, the COAS visited the School of Infantry & Tactics (SI& T) where he was briefed about new training modules and online examination systems enacted for young leadership.

The army chief was also briefed about various innovative systems and techniques being incorporated in training regime.

While interacting with faculty and students of SI&T, COAS urged them to stay abreast with developments in modern warfare.

He appreciated hardwork and dedication of faculty and staff of the infantry and tactics schools in grooming young officers and soldiers for taking on future challenges befittingly.