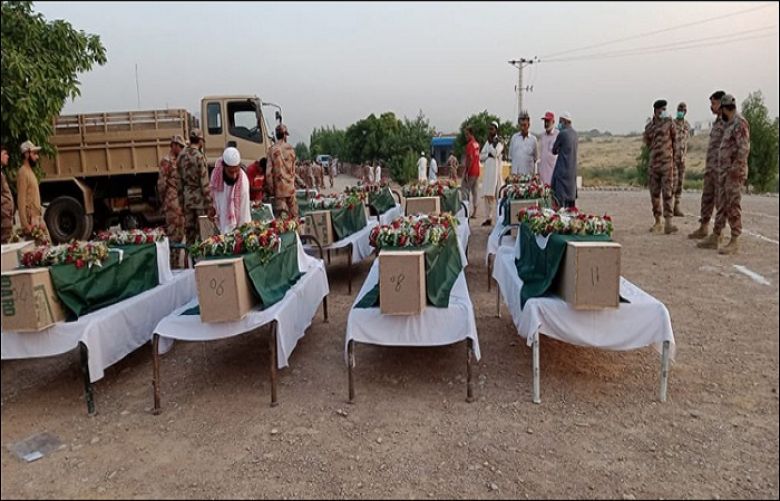 As per details, security personnel of Frontier Corps Balochistan and other officials attended the funeral prayers.

After the funeral prayers, the dead bodies were dispatched to their ancestral towns with full honor.

At least 14 security officials, including seven Frontier Corps (FC) personnel were martyred in a terrorist attack in Balochistan’s Gwadar district on Thursday.

According to the military’s media wing, the security personnel were escorting a convey of Oil and Gas Development Company (OGDC) from Gwadar to Karachi when a large number of terrorists ambushed the convoy near Ormara on Coastal Highway.

The security personnel responded effectively and ensured the security of the OGDCL persons and managed their safe exit from the area. During the encounter, seven FC personnel and seven security guards embraced martyrdom, ISPR had said, adding that substantial losses were also incurred to the terrorists.