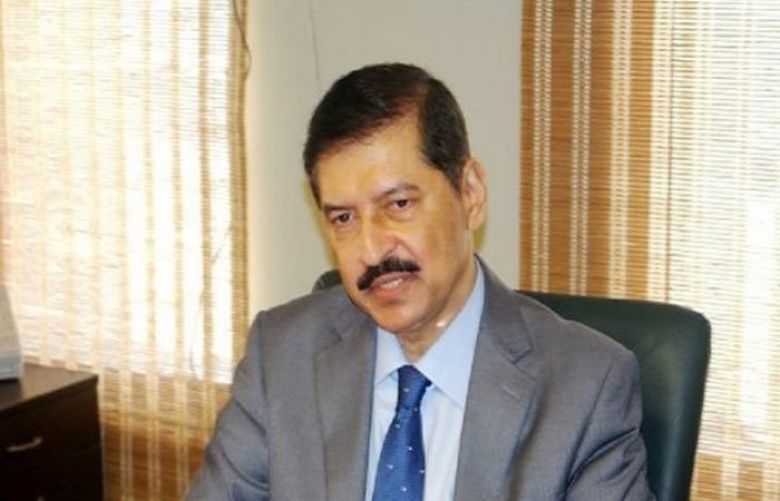 Newly appointed Federal Board of Revenue (FBR) Chairman Javed Ghani has said the Bureau is making efforts to develop a permanent and simple form for filing of income tax returns along with pursuing reforms for the next six months.

Ghani, in a meeting with National Assembly Speaker Asad Qaiser, discussed the possibilities of ensuring foolproof arrangements at border areas for the smooth functioning of the clearance of containers.

When contacted by The News and inquired about the purpose of his meeting with NA speaker, Ghani said that he made a courtesy call to Qaiser after assuming charge of his office.

Ghani said that he would meet Senate Chairman Sadiq Sanjrani for seeking his guidance on undertaking reforms in the FBR. He said that the Bureau would convene commissioners’ conference to build up a good team for achieving the challenging tax collection target in the current fiscal year.

He said that efforts were underway to develop a permanent simple form of income tax returns to avoid delays and repeated extensions in the filing of returns.

The proposed forms of income tax returns will be uploaded and then suggestions will be invited. The FBR chairman said that they were discussing with Inland Revenue (IR) officers to develop the permanent form and if required, proper legislative changes could also be introduced so that delays in filing of income tax returns could be avoided.

The FBR chairman added that he had assigned member IRS and member Customs operations to finalise monthly/quarterly targets with special focus on the first quarter by taking into account the COVID-19 pandemic so that effective strategy could be devised to achieve the desired goal. Both these members operations, he said, finalised numbers and strategies and it would be shared with the field offices soon.

Ghani further said that he would also hold a meeting with the attorney general to reduce the number of pending cases involving billions of rupees in courts. He said that reforms would be pursued as Dr Ishrat Hussain was supervising timelines for undertaking them on account of bringing automation and digitalisation into the tax machinery.

He said that transparency would be ensured in the tax collection machinery to maximise efficiency, fair play and equitable taxation.