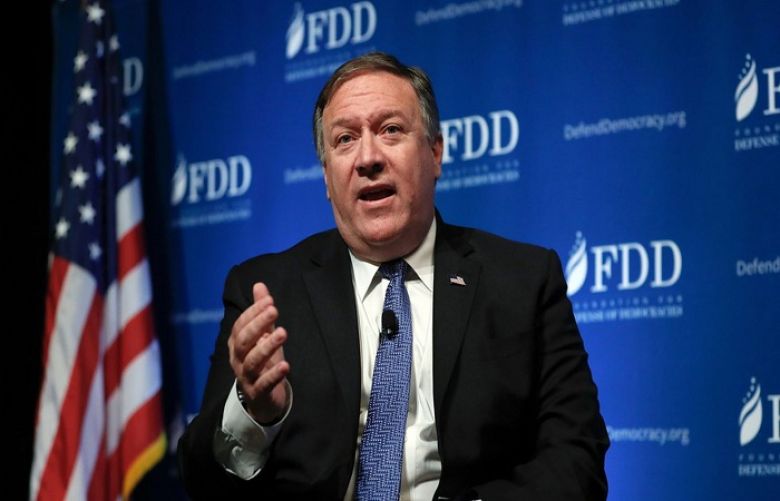 U.S. Secretary of State Mike Pompeo said on Friday NATO must grow and change or risk becoming obsolete, a day after French President Emmanuel Macron said the alliance was dying.

German Chancellor Angela Merkel rejected Macron’s comments in an interview with British weekly The Economist as “drastic” on Thursday. The same day, Pompeo said the alliance was perhaps one of the most important “in all recorded history.”

After delivering a speech on Friday in Berlin, Pompeo was asked in a question-and-answer session whether NATO was obsolete or brain dead.

“Seventy years on ... it needs to grow and change,” he replied. “It needs to confront the realities of today and the challenges of today.”

“If nations believe that they can get the security benefit without providing NATO the resources that it needs, if they don’t live up to their commitments, there is a risk that NATO could become ineffective or obsolete,” he said.

CRITICISM OF CHINA AND RUSSIA
In the speech, Pompeo criticized Russia’s treatment of political opponents and said China’s tactics would be “horrifyingly familiar” to former East Germans, describing free nations as being in a “competition of values” with less free nations.

Pompeo is in Germany before the 30th anniversary of the Berlin Wall in 1989.

Reflecting on the lessons learned from the Wall coming down, Pompeo said “the West - all of us - lost our way in the afterglow of that proud moment.”

“We thought we could divert our resources away from alliances, and our militaries. We were wrong,” he said. “Today, Russia – led by a former KGB officer once stationed in Dresden ‒ invades its neighbors and slays political opponents.”

“We don’t want Europe’s energy supplies to depend on (Russian President) Vladimir Putin,” he added, referring to the Nord Stream 2 gas pipeline which will transport natural gas from Russia to Germany.

“Your own intelligence chief has said Huawei cannot ‘fully be trusted’,” he said.

In Beijing, China’s Foreign Ministry criticized Pompeo over earlier comments about the Chinese Communist Party, saying those remarks had been “extremely dangerous” and exposed his “sinister intentions”.