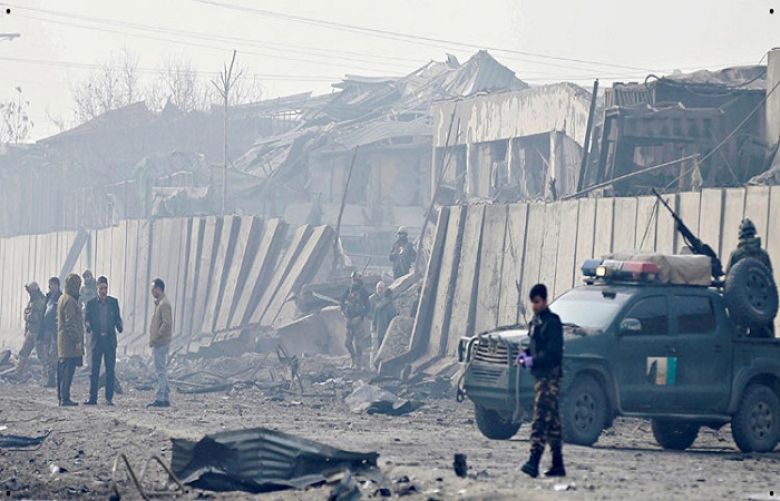 Two explosions went off at a celebration in a stadium in the Afghan city of Lashkar Gah on Saturday, killing four people and wounding 31, government officials said.

The blasts came during a Farmers Day celebration in the southern city that was attended by nearly 1,000 people.

The governor of Helmand province, Mohammad Yasin Khan, was knocked over by the blasts, but suffered only superficial injuries, a spokesman said.

The blasts appeared to have been caused by planted explosives.

There was no immediate claim of responsibility.

In a Reuters video, bursts of gunfire can be heard before and after one of the blasts, causing people to flee the stadium.

A Reuters witness said the gunfire came from security personnel.

“There was chaos and people were running. Security forces asked them to calm down and then the second explosion happened,” said Najibullah, who was in the stadium for the celebrations.

He said the explosions seemed to originate in an area where tents were set up for farmers to display their products.

The attack is one of several to occur during Afghanistan’s multi-day celebrations to mark its traditional new year, beginning with explosions in the capital of Kabul on Thursday.

Those attacks killed six people and wounded 23 and were claimed by Daesh.

The traditional new year is widely celebrated in Afghanistan but some oppose the festivities, saying they are un-Islamic.

Helmand, source of much of Afghanistan’s opium, is one of several Afghan provinces in which insurgents have the greatest control and influence. Lashkar Gah is the provincial capital.

Saturday’s attack came exactly one year after a car bomb killed at least 14 people who had gathered to watch a wrestling match in Lashkar Gah.

Fighting has been relentless in Afghanistan amid recurring peace talks between US and Taliban negotiators. The latest negotiating round wrapped up this month with both sides saying there was progress toward ending the 17-year war.

The US Special Inspector General for Afghanistan Reconstruction estimated in January that the government controlled or influenced just over half the country, covering nearly two-thirds of the population.