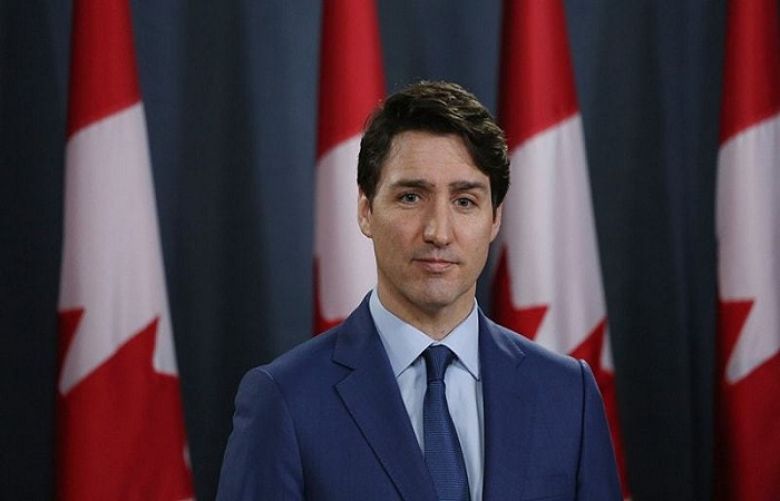 Canadian Prime Minister Justin Trudeau on Thursday denied accusations of "partisan" political meddling in the criminal prosecution of a corporate giant that plunged his Liberal government into its worst crisis yet.

His government has been rocked over the past month by the snowballing scandal, which precipitated the resignations of Wilson-Raybould, another minister and Trudeau's right-hand man, and badly tarnished the premier's golden boy image.

Earlier this week, a new poll showed support for the beleaguered prime minister and his Liberals falling for the first time behind the opposition Tories, amid calls for Trudeau's resignation.

Following days of testimony by Wilson-Raybould and others before the House of Commons justice committee, Trudeau said he now understands how badly relations between his office and Wilson-Raybould had soured over the affair, and took some responsibility.

"I was not aware of that erosion of trust. As prime minister, I should have been," he said, vowing to "do better next time".

But he added, Wilson-Raybould also should have been more forthcoming with her concerns.

The scandal centres on allegations that Trudeau's inner circle intervened to shield Canadian engineering giant SNC-Lavalin from a bribery trial.

The Montreal-based firm faces corruption charges for allegedly paying tens of millions of dollars in bribes between 2001 and 2011 to secure Libyan government contracts under the rule of Muammar Gadhafi.

SNC-Lavalin openly lobbied the Canadian government for an out-of-court settlement that would mean paying a fine and agreeing to compliance measures.

A conviction, the company argued, risked crippling its business and putting thousands out of work.

Wilson-Raybould refused to ask prosecutors to settle, and the trial is set to proceed.

Trudeau himself discussed the case with Wilson-Raybould once last September 17, but denied any undue pressure was applied on her.

"There was no inappropriate pressure," he said, adding "that the decision was hers alone".