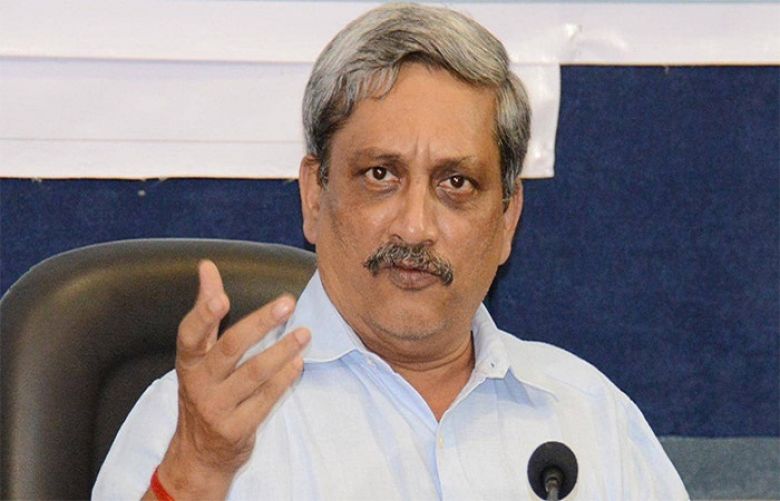 Indian Defence Minister Manohar Parrikar warned on Saturday that while Prime Minister Narendra Modi had opened a window of goodwill and dialogue with Pakistan, it was now closing as doubts remained about its sincerity in tackling terrorism.

“Prime Minister Modi opened a window of opportunities when he visited (the) Pakistan prime minister. I think that window is slowly closing. Before it closes, Pakistan needs to develop that trust with India on its sincerity on the approach,” he was quoted by NDTV as saying.

“Pakistan separates terrorists between good ones and bad ones. They are after bad ones but the good ones are promoted to operate in Afghanistan and India. I think that needs to be tackled at a diplomatic level,” Mr Parrikar said.

The minister made the comments at the Shangri-La Dialogue, an inter-governmental security forum in Singapore. He referred to Mr Modi’s surprise visit to Lahore in December last year. The comments were backed by a tweet from BJP national general secretary Ram Madhav, a senior RSS man.

The comments came a day after the chief of the National Investigation Agency probing the Pathankot terrorist attack said the Pakistan government did not appear to be involved.

Mr Modi and Prime Minister Nawaz Sharif earlier this week had a phone conversation ahead of the latter’s heart surgery in London. They reportedly discussed ties between India and Pakistan that have cooled in recent weeks over the probe into the Pathankot terrorist strike.

Following a trip by a team of Pakistani investigators to the secure facility in Punjab, Pakistan has not cleared a counter-request for officers from India’s premier investigation agency, the NIA, to visit Pakistan.

India’s external affairs ministry alleges the role of Pakistani nationals in the terrorist strike on the Indian Air Force base in Pathankot “is an accepted fact” while the NIA refuted reports of exonerating the country’s government in aiding the terrorists.