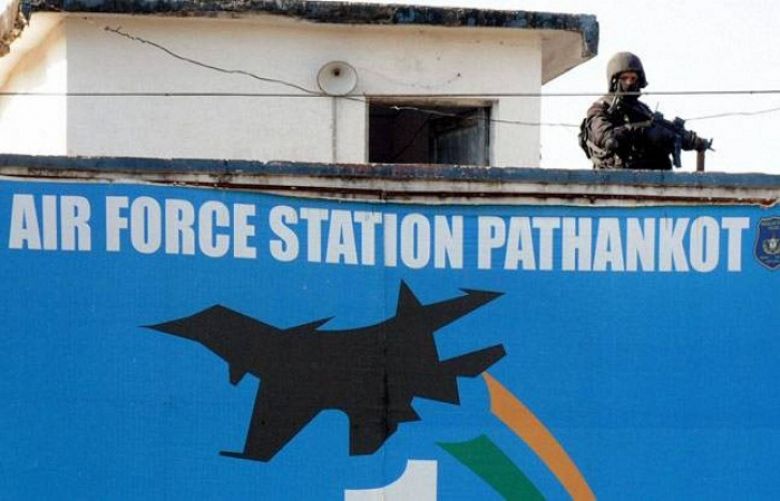 Director General of India's National Investigation Agency (NIA) Sharad Kumar on Thursday said there is no evidence of Pakistan government's involvement in the attack on Indian Air Force base in Pathankot.

Kumar said that there is no evidence to show that Pakistani government was involved or helping any individual involved in the Pathankot attack.

"Investigation so far does not point to any inside hand," said the NIA chief when questioned by the host of any Pakistani government's involvement.

Kumar, however, accused Jaish-i-Muhammad (JeM) and its chief Masood Azhar for carrying out the attack, a claim oft repeated after the attack.

We have sufficient and stringent evidence against Masood Azhar and his brother Rauf Azhar.

We will include those in our charge sheet, the DG NIA told.

Kumar added Indian investigation team is now looking forward to visiting Pakistan and is waiting for approval from the Pakistani government, adding that the agency will file a chargesheet in this case whether Pakistan allows the Indian team a visit or not.

He added that evidence against Masood Azhar and his brother Rauf Azhar is sufficient to file a charge sheet.

The Ministry of Foreign Affairs, in response to multiple media queries made after the Indian intelligence chief's statement said DG NIA's statement has vindicated Pakistan's longstanding position in the context of Pathankot.

The statement by the FO added, "The spirit of cooperation is manifested in the action we (Pakistan) took in the wake of the alleged incident."

The statement further added the JIT is examining the intelligence shared by India during the visit.

Attack and its aftermath:

The Pathankot air base attack occurred just days after Indian Prime Minister Narendra Modi paid a 'surprise' visit to Prime Minister Nawaz Sharif on his birthday and the occasion of his granddaughter's wedding - a move that appeared to promise better relations between the neighbouring countries in the coming year.

After Modi's visit, the Pakistani and Indian foreign secretaries were scheduled to meet to discuss modalities regarding the Comprehensive Bilateral Dialogue agreed upon during Indian Foreign Minister Sushma Swaraj's visit to Islamabad for the Heart of Asia conference in December.

The Indian defence minister claimed before the team reached India that the militants could not have carried out the attack without Islamabad's support.

Pakistan, taking positive steps to build confidence with its nuclear neighbour, cracked down on Jaish-i-Muhammad and took the group's leader Masood Azhar into protective custody.

A later move by India to ban Jaish-i-Muhammad chief Masood Azhar at the United Nations (UN) was blocked by China.

The UN banned Jaish in 2001 but India’s efforts to get restrictions imposed on Azhar after the Mumbai attacks did not bear fruit because China did not allow them to be imposed.