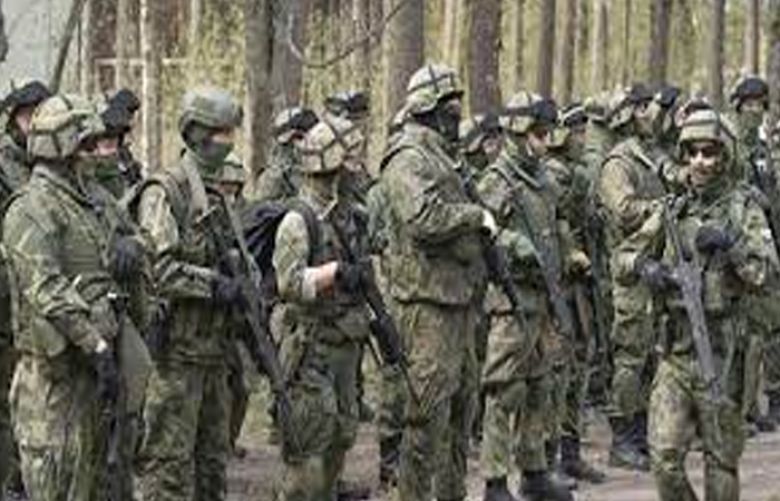 The United States said Wednesday it is confident Finland and Sweden will become part of NATO, despite vocal Turkish protests -- an expansion that would dramatically realign European security in the wake of Russia s invasion of Ukraine.

Reflecting the brutality of the conflict which has reinvigorated the transatlantic alliance, Ukraine held its first war crimes trial since Moscow poured troops across the border beginning February 24, with a 21-year-old Russian soldier pleading guilty to the cold-blooded murder of a Ukrainian civilian.

The launch of Kyiv s judicial reckoning over alleged atrocities committed on its soil after 12 weeks of war and thousands of deaths came as President Vladimir Putin was forced to confront the vexing prospect of NATO sharply expanding its reach on his borders.

Abandoning decades of non-alignment, Finland and Sweden formally submitted a joint application to join the military alliance at its headquarters in Brussels.

Throwing America s full weight behind the Nordic nations, President Joe Biden said he "strongly" backs their NATO bid and offered US support in the event of "aggression" during the application process.

In a sign of Washington s resolve to stand firm with Ukraine, the United States reopened its embassy in Kyiv after a three-month closure, with employees raising the Stars and Stripes in a modest ceremony.

Biden s comments came one day before he was to welcome Finnish President Sauli Niinisto and Swedish Prime Minister Magdalena Andersson to the White House for meetings set to underscore the strategic reach of their decision.

Reacting to the NATO applications, British Prime Minister Boris Johnson said they would not have been expected a short time ago, "but Putin s appalling ambitions have transformed the geopolitical contours of our continent".