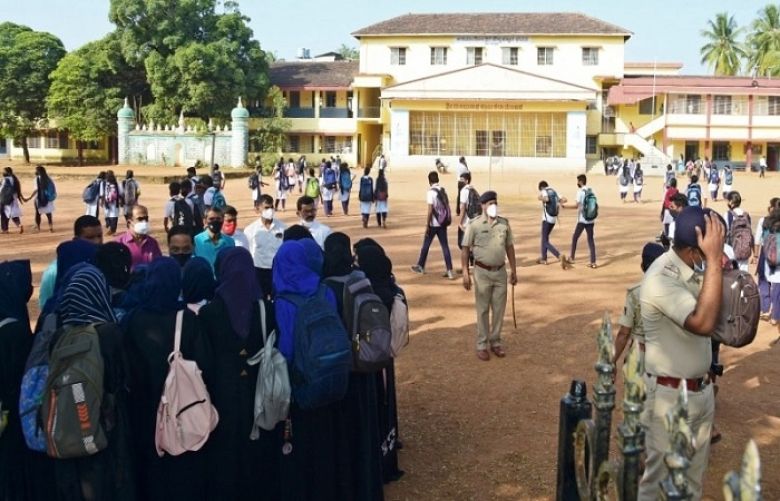 Authorities in southern India ordered schools to shut on Tuesday as protests intensified over a ban on hijab that has outraged Muslim students.

The stand-off in Karnataka state has galvanised fears among the minority community about what they say is increasing persecution under the Hindu nationalist government of Prime Minister Narendra Modi.

Fresh demonstrations on Tuesday saw officers fire tear gas to disperse a crowd at one government-run campus, while a heavy police presence was seen at schools in nearby towns.

Chief Minister Basavaraj Bommai appealed for calm after announcing all high schools in the state would be closed for three days.

“I appeal to all the students, teachers and management of schools and colleges [...] to maintain peace and harmony,” he said.

Students at a government-run high school were told not to wear hijabs last month, an edict that soon spread to other educational institutions in the state.

Campuses have seen escalating confrontations between Muslim students condemning the ban and Hindu pupils that say their classmates have disrupted their education.

“All of a sudden they are saying you are not supposed to wear hijab [...] why did they start now?” asked Ayesha, a teenage student at the Mahatma Gandhi Memorial College in the coastal city of Udupi.

Ayesha said a teacher had turned her away from her chemistry exam for wearing the garment.

“We are not against any religion. We are not protesting against anyone. It is just for our own rights,” she told AFP.

Fellow student Amrut, standing nearby among a crowd of Hindu boys wearing saffron shawls, said the dispute had unfairly prevented him from attending class.

“We had [...] requested them not to wear hijab,” he said. “But today they are wearing hijab. They are not allowing us to go inside.”

Karnataka's top court began hearing a petition challenging the legality of the ban on Tuesday but adjourned before issuing a ruling.

Critics say Modi's election in 2014 emboldened hardline groups who see India as a Hindu nation and are seeking to undermine its secular foundations at the expense of its 200 million-strong minority Muslim community.