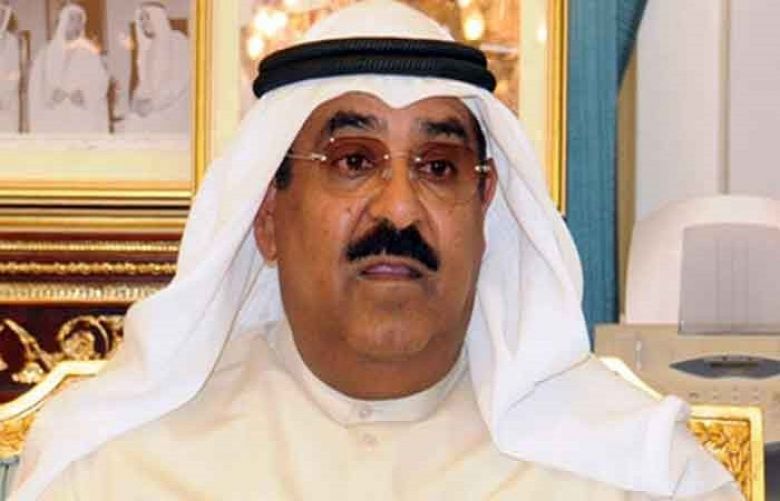 The official Kuwait news agency said that the Al-Sabah royal family "blessed" Nawaf's decision to appoint the new crown prince, one day before the parliament decides in a session to confirm the move.

The 80-year-old Meshal has served as the deputy chief of the Kuwait National Guard since the past 16 years. He has kept out of the political disputes between the Al-Sabah family.

Political rows are not uncommon in a country like Kuwait, which unlike other Gulf states, enjoys a vibrant parliament that has legislative powers through which ministers can be kicked out.

Members of the royal family have accused each other over the past couple of years of corruption and political conspiracies.

Exactly one week ago, Nawaf was sworn in as the new emir after his half-brother Sheikh Sabah al-Ahmad Al-Sabah, who was the previous emir, passed away due to a cardiac arrest after being admitted for two months in a hospital.

Sheikh Meshal is the seventh son of the 10th Emir of Kuwait Sheikh Ahmad al-Jaber Al-Sabah. He assumes the mantle of crown prince at a time when the country is struggling to grasp with important issues such as low crude prices due to the COVID-19 global impact and whether Kuwait City should establish ties with Tel Aviv or not.

The National Guard is an elite corps which is in charge of defending Kuwait's territory and Sheikh Meshal is considered the most powerful man of the corps.

Last month, Kuwait emir Sheikh Sabah passed away at the age of 91 from a heart attack. Sabah, following an unspecified condition, was flown to the United States in July for medical treatment after a surgery.

Dubbed as the "dean of Arab diplomacy" Sheikh Sabah had ruled the Arab country since 2006 and had commandeered its foreign policy for the past 50 years.

Sheikh Sabah earned the title "dean of Arab diplomacy" for his efforts to restore relations with states that had thrown their weight behind Iraq during the 1990-91 Gulf War.

He came to power in January 2006 after Emir Sheikh Saad al-Abdullah was deposed on health grounds by the Kuwaiti parliament just nine days into his new role as the Emir.

During his time as prime minister of Kuwait under Emir Sheikh Jaber al-Ahmad al-Jaber al-Sabah, he was considered by many as the de facto ruler of the oil-rich country.