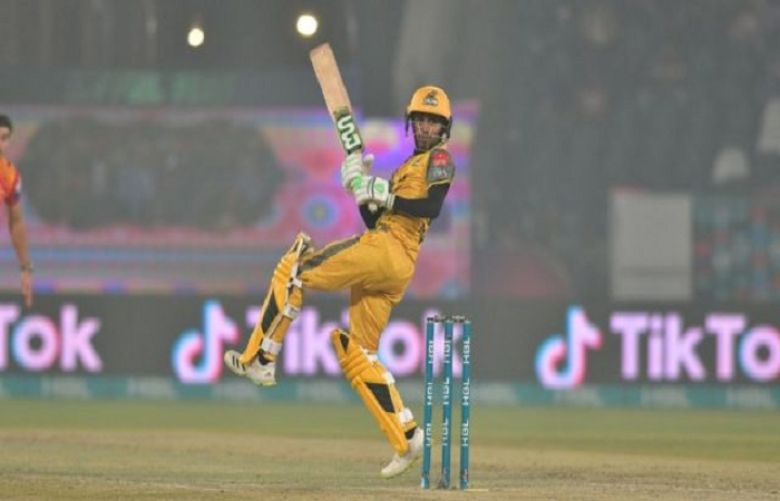 Islamabad United have defeated Peshawar Zalmi by five wickets in the eliminator 1 of the Pakistan Super League's (PSL) seventh edition to keep their hopes of reaching the finals alive.

The United will now clash with Lahore Qalandars in eliminator 2 tomorrow and the winner of the match will face Multan Sultans in the final.

In the last over, United required 10 runs, and Azam Khan got out on the first ball, after that, Liam Dawson finished the thrilling clash with ease as he smacked a six and four on the next two balls.

The do-or-die match between the two teams was a see-saw battle with both teams unwilling to give up till the very end. The Zalmi bowlers were on target with their line, as they removed opener Will Jacks for 11 runs.

Alex Hales announced his return with a bang as he kept the run-chase intact and played according to the situation.

United was cruising at one stage with Hales looking well set, but it was Salman Irshad's two wickets that brought Zalmi back into the game.

He removed Hales with a brilliant yorker and took the wicket of dangerous-looking Shadab Khan for 22 runs and Asif Ali, who was on seven.

Azam Khan who scored 28 runs with two sixes and Faheem Ashraf who notched 19 with two maximums brought United closer. But in the last over when 10 runs were required, Azam got out on the wrong time, but Liam Dawson finished the game with hits.

In terms of bowling, Wahab Riaz was taken to the cleaners as he conceded 52 runs in four overs, while Salman registered figures of 3-31.

Earlier, after deciding to bat first, Peshawar Zalmi scored 169 runs for the loss of five wickets.

Opener Kamran Akmal continued to carve out runs, while Yasir Khan was also removed for eight runs. Karman got out for 58 runs by United skipper Shadab Khan with Zalmi's score of 98 runs on the board.

For United, Hasan Ali took three wickets for 30 runs in four overs, while Shadab and Faheem picked one.