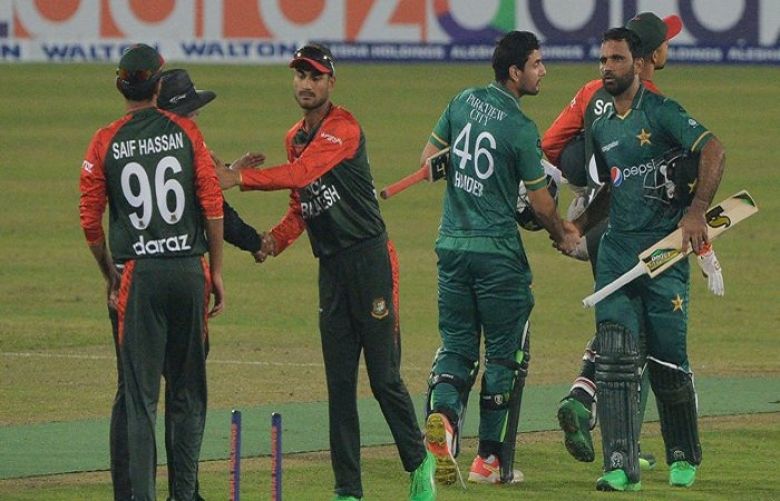 The Men In Green won the second consecutive T20I of a three-match series, taking the series 2-0.

Najmul Hossain earlier top-scored with 40 off 34 balls for Bangladesh while Afif Hossain chipped in with 20 runs from 21 balls.

Pakistan won the first match of the series by four wickets on Friday.

The third and final match will be held at the same ground on Monday.