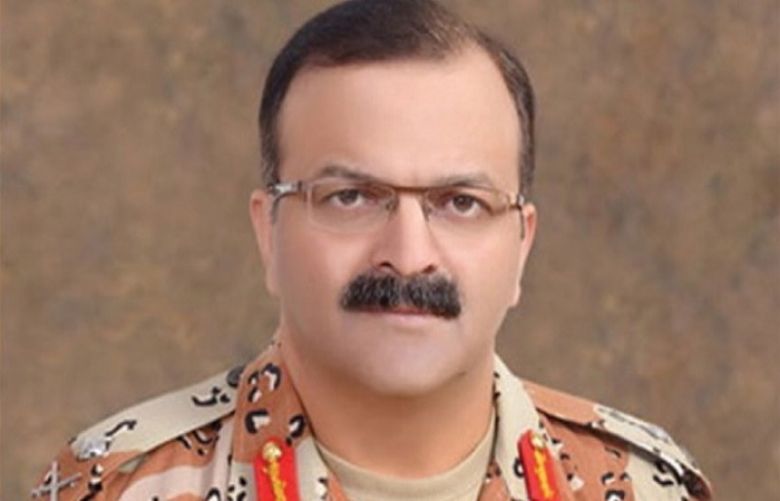 Sindh Rangers Director General Major General Bilal Akbar during his visit to Jacobabad on Friday night received a briefing on the Oct 23 suicide bomb attack on the 9th Muharram procession in Jacobabad. Larkana range DIG Saen Rakhiyo Mirani briefed him on the terrorist attack and the progress made so far in the investigation.

The briefing was held in the office of the Jaccobabad deputy commissioner and attended by all senior district and police officials, besides DIG Mirani. Maj Gen Akbar also visited the blast site. Strict security arrangements were made for his visit to the city and Quetta Road was closed to traffic in order to facilitate movement of the convoy carrying the senior law enforcement agencies officials.

No details about the briefing were shared with the media but SSP Sajid Khokhar quoted the Sindh Rangers chief as saying that he [Major Akbar] himself would handle [the issue of terrorism in] Jaccobabad if police and Rangers personnel engaged in the Oct 23 probe failed to find a clue to the culprits.

The police officer was speaking at a ceremony held the same night to distribute compensation cheques among relatives of some of the blast victims. Twenty-seven people were killed and scores others wounded in the attack.

Speaking to the audience, MNA Aijaz Jakhrani held out the assurance that the culprits of suicide attack would be arrested soon. He called for a major operation to be launched in the entire district to cleanse it of terrorists and religious extremists.

Mumtaz Jakhrani observed that terrorists from Afghanistan travelled into Jacobabad via Balochistan posing as ordinary people. They then set up their hideouts and carry out such attacks. The minister said a strict checking of all vehicles passing through the intercity route needed to be done. He said that the Sindh Rangers chief during his visit to the city was confident about an early arrest of the blast culprits. The minister said the Sindh police were competent enough to reach them as they had proved their efficiency when they netted culprits of the Shikarpur imambargah bomb attack, Safoora Goth carnage and JUI-F leader Dr Khalid Mehmood Soomro’s assassination.

DC Khuhro also spoke at the ceremony, where SUC and MWM leaders expressed their deep concern over repeated suicide attacks on their community in the region.

They demanded a ruthless operation against terrorists, their handlers and facilitators to ensure safety and security of citizens. They noted that terrorists fleeing Waziristan were finding their way into Shikarpur, Jacobabad and other such areas.