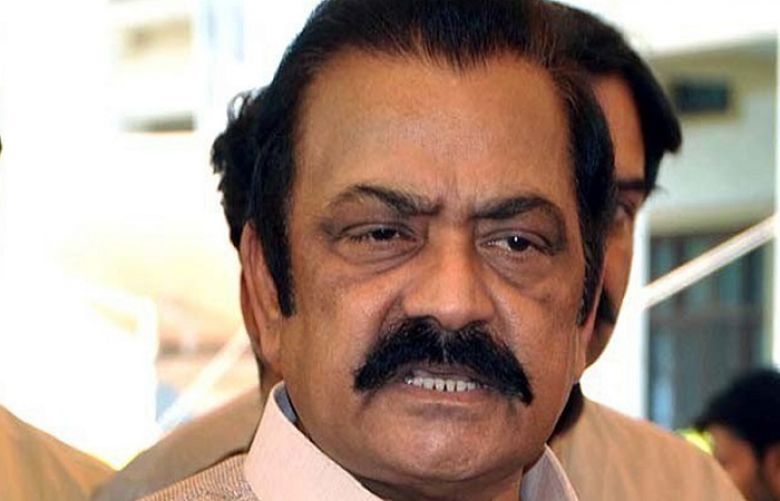 The hearing was adjourned after Anti Narcotics Force (ANF) prosecutor Salahuddin Mengal remained absent from the proceedings due to ill health.

Another prosecutor of ANF Rana Kashif appeared before the court and submitted a report. “Concerned prosecutor failed to appear due to his illness,” Rana Kashif informed the court.

The prosecutor pleaded for four days’ time for arguments over the bail petition of Rana Sanaullah.

The defence counsel said, he has no-objection over the prosecution’s plea.

The court granted plea and adjourned the hearing on bail petition till September 20.

On August 28, anti-narcotics court judge excused to hear the case of the PML-N leader due to his transfer.

The Anti-Narcotics Force (ANF) had arrested Punjab’s former law minister Rana Sanaullah after alleged recovery of drugs from his vehicle.

Rana Sanaullah and six other suspects were named in a 200-page charge-sheet.

“Nawaz Sharif will not make any deal with the government on any cost,” PML-N leader Rana Sanaullah said while talking to media outside the court premises.

“We remained with him and still standing on the side of Nawaz Sharif,” Sanaullah said.

“I had got reports about my arrest and expressed my apprehensions with various people,” PML-N leader said.