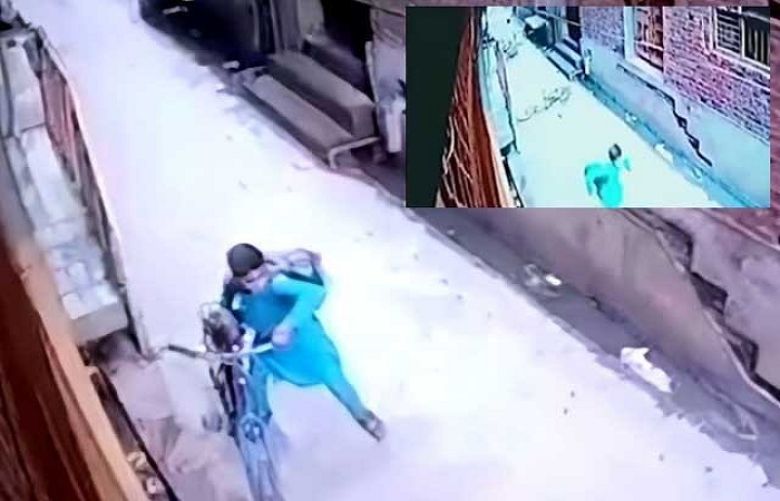 The video of a boy throwing his cycle at a man on a motorcycle has gone viral on social media.

Twitter users are saying the boy was trying to stop the man who was fleeing on a stolen motorcycle. It is being reported that the incident took place in Fatepura, Gujarat.

It is, however, unclear whether the video is recent or not.

In the footage going viral on social media, it can be seen that the boy stops his cycle in a narrow lane, gets off and spins it at the man in question who was riding a stolen motorcycle. The man collided with the boys cycle, lost his balance and fell.

After the man fell, he could be seen quickly getting up and sprinting away, leaving the motorcycle behind.