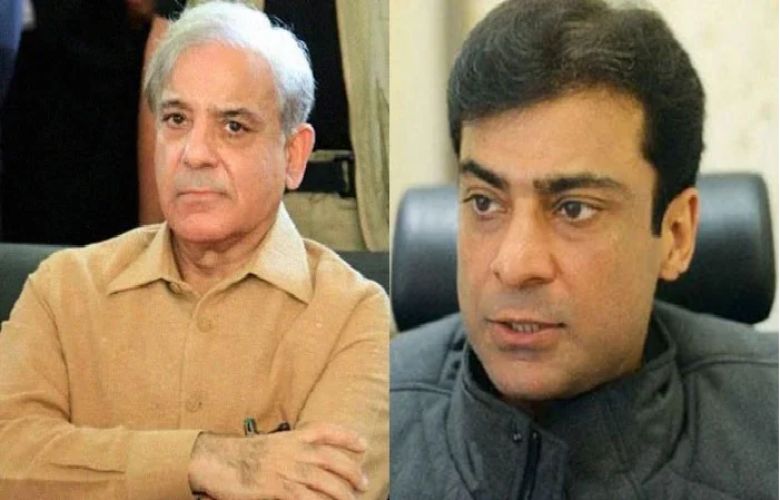 The indictment of Prime Minister Shehbaz Sharif and his son, Punjab Chief Minister Hamza Shehbaz, in Rs16 billion money laundering case, was differed once again on Saturday as the newly appointed prosecutor sought time for preparation.

It is pertinent to mention here that the special court in Lahore had summoned PM Shehbaz Sharif and his son for their indictment in the case today but the duo did not appear before the court.

Earlier, charges could not be framed against the suspects in the money laundering case on April 11 and April 27 due to their absence from the courtroom.

At the outset of today’s hearing, Mohammad Amjad Pervaiz, Shehbaz Sharif’s counsel, apprised the court that the prime minister had to visit his doctor in the United Kingdom and was scheduled to visit UAE to offer his condolences over the demise of the country's president Sheikh Khalifa bin Zayed Al Nahyan. He pleaded with the court to grant him exemption from personal appearance.

Punjab CM Hamza Shehbaz, however, appeared before the court. As per the rules, the appearance of all the suspects, in any case, is compulsory for the indictment.

Meanwhile, the court adjourned the hearing of the case till May 21.

During the course of the proceedings, the interior ministry told the court that the record about the Ashiana reference was burnt to ashes at Ashiana-e-Iqbal Chowki and a case has been registered in this regard in 2017. The ministry said that they have yet to find the record.

At this the court ordered the CCPO to present the record on the next hearing and adjourned the proceedings till May 25.