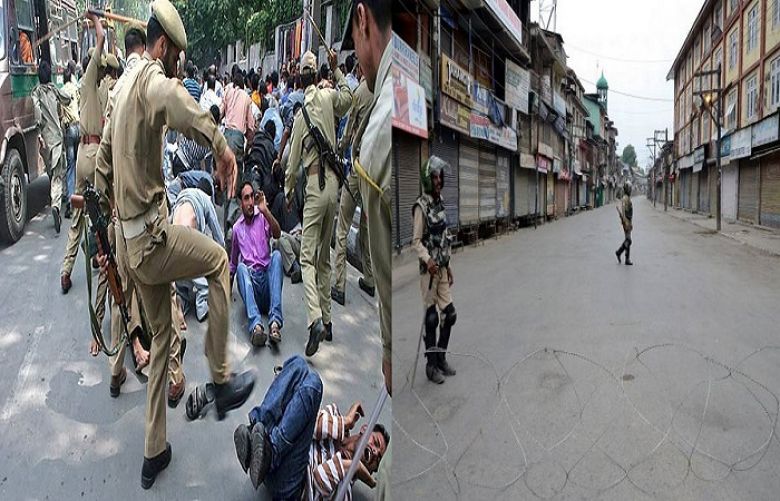 Authorities in India-occupied Kashmir imposed an indefinite security lockdown before Sunday midnight, ordering thousands of visitors out of the region.

The occupying forces laid steel barricades and razor wire on roads and intersections to cut off neighborhoods in serene Srinagar and other towns in the Kashmir valley.

“As per the order there shall be no movement of public and all educational institutions shall also remain closed,” a government statement said and directed that public meetings and rallies were also being banned.

In fresh aggression, Indian authorities also suspended internet services as well as a majority of mobile phone networks, stirring panic and chaos among the residents reeling under the brutality for decades.

This comes amid India’s deployment of at least 10,000 troops in the restive valley, with reports of a further 25,000 ordered to one of the world’s most militarised regions.

The latest developments have stirred fears that New Delhi was planning to scrap an Indian constitutional provision that forbids Indians from outside India-held Kashmir from buying land in the territory.