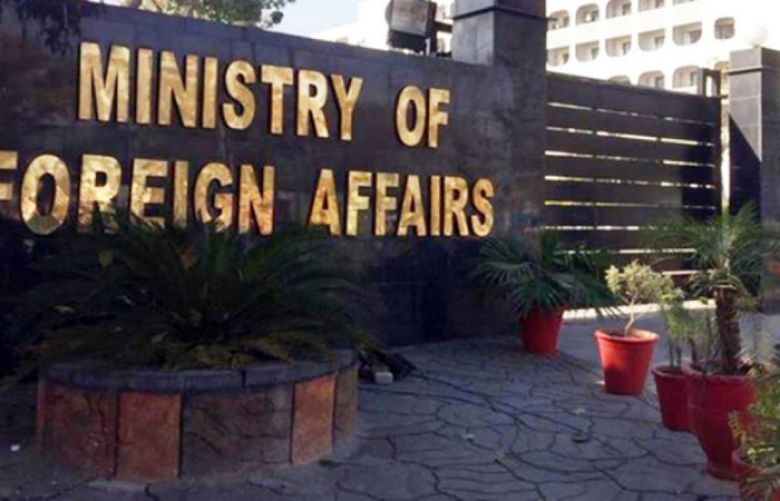 Pakistan strongly condemned the extra-judicial killing of five Kashmiris in the Indian-Occupied Jammu and Kashmir (IOJK) and reiterated its call for international accountability of the Indian occupation forces.

According to a statement issued by the Ministry of Foreign Affairs (MOFA), the Indian occupation forces killed five Kashmiris in Pulwama and Budgam on January 29 and 30, 2022.

"In their unabated reign of terror, the Indian occupation forces have martyred at least 23 Kashmiris in fake 'encounters' and so-called cordon-and-search operations in the month of January alone," the statement said.

Driven by the far-right extremist "Hindutva’ ideology that provokes and condones genocide of Muslims, the Indian forces are relentlessly targeting the Kashmiris, especially youth, in the occupied territory.

"The international community must act to stop this wanton oppression and persecution of the besieged Kashmiris under illegal occupation," the ministry stressed.

"We also reject and condemn the Indian officials’ lies insinuating the killing of an alleged 'Pakistani' resistance fighter. The Indian occupation forces are known to kill innocent Kashmiris passing them off as 'alleged militants', in the hope of getting monetary rewards or ‘gallantry’ medals," the statement added.

It further said that Pakistan salutes the resilience of the Kashmiri people who continue to stand firm in their just and peaceful struggle for their legitimate right to self-determination as pledged to them by the relevant UN Security Council resolutions.

"We also reiterate our call on the international community, including the United Nations, to hold India accountable for its gross and systematic human rights violations and crimes against humanity in IOJK, without further delay.