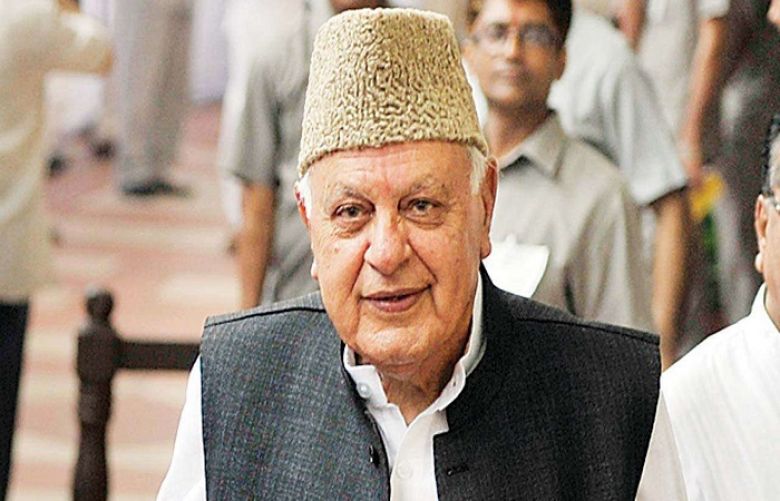 Indian Occupied Kashmir (IoK)’s former chief minister Farooq Abdullah said that China "never accepted" the abrogation of Article 370, and hoped that it will be restored with China's support.

"Whatever they are doing at LAC in Ladakh all because of the abrogation of Article 370, which they never accepted. I am hopeful that with their support, Article 370 will be restored in J&K,” Abdullah said.

"I never invited the Chinese president, it was [prime minister] Modi who not only invited him but did jhoola sawari with him. He [PM Modi] even took him to Chennai and had food with him," he asserted.

Further speaking on New Delhi’s decision on Jammu and Kashmir, Farooq Abdullah said that "what the government had done on August 5 [in 2019] was unacceptable” and that he was not even allowed to speak on the problems of Jammu and Kashmir in Parliament.

Article 370, combined with Article 35A, accorded Jammu and Kashmir special status under the Constitution of India, allowing it to have a separate constitution and a separate penal code among other legal distinctions.

Parliament had passed two resolutions on August 5 last year. The first rendered Article 370 inoperative in Jammu and Kashmir by applying the power granted under the same Article of the Constitution.

The second resolution was for bifurcation of the state into two Union Territories.