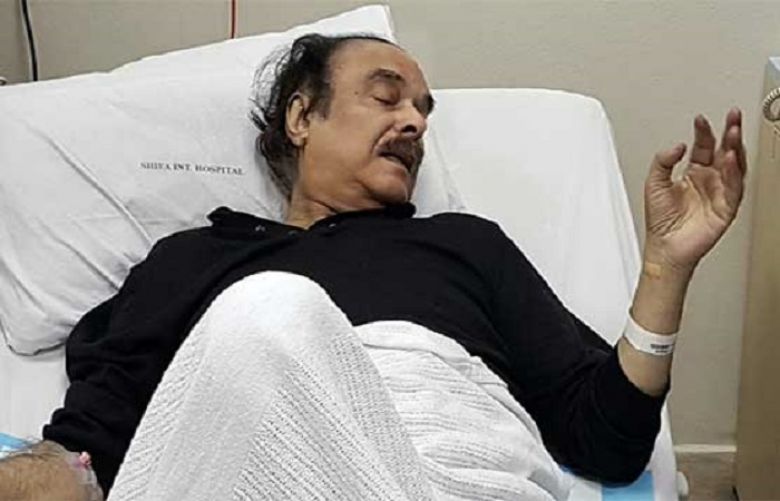 Special Assistant to Prime Minister Imran Khan on political affairs, Naeemul Haque passed away on Saturday after a long-standing fight with cancer at a private hospital in the metropolis.

Naeem-ul-Haq was suffering from cancer for years and had been hospitalized in the past, He was regularly getting treatment for it. The PTI leader was shifted to Agha Khan Hospital after his health had worsened earlier in the day.

Naeemul Haque was one of the most senior members of the ruling party, Pakistan Tehreek-e-Insaf (PTI).

He held the positions of information secretary of the party in the past and was also one of the five founding members along with the Prime Minister of the country, Imran Khan.

Prime Minister Imran Khan had visited the ailing politician on February 7 at his residence in Islamabad to inquire after his health.

Assistant to the PM Aown Chaudhry and other Pakistan Tehreek-e-Insaf’s (PTI) leaders were also present on the occasion.

Condolences started pouring in from all over Pakistan as the news of Haque’s demise first broke.

Federal Minister for Science and Technology, Fawad Chaudhry took to Twitter like many to condole the unfortunate passing.

He said: “Naeem Ul Haq fought like a lion against Cancer, a friend, elder and a colleague …. will always be missed… may Allah Rest his soul in peace #RIPNaeemUlHaq“

Naeem Ul Haq fought like a lion aagainstt Cancer, a friend, elder and a colleague .... will always be missed... may Allah Rest his soul in peace #RIPNaeemUlHaq

Federal Minister for Railways, Sheikh Rasheed Ahmed also sent out his condolences and prayed for strength and perseverance for his family and loved ones.

Prominent current affairs talk show host Arshad Sharif also sent his condolence and shared a picture of the politician in front of the Pakistani flag.