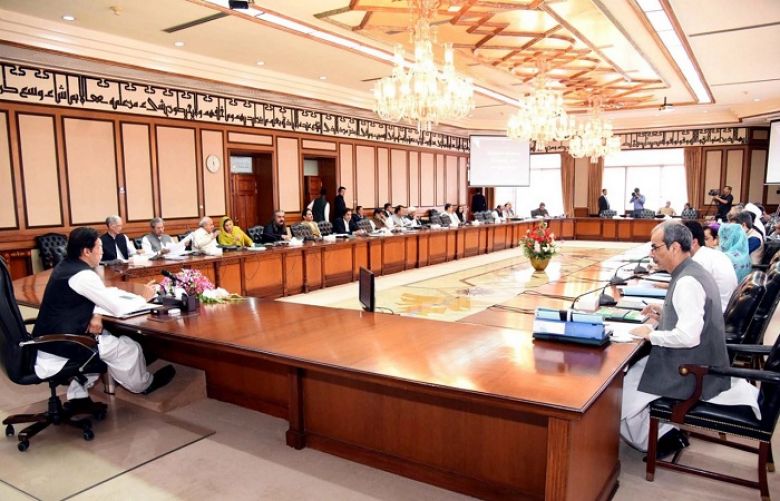 An extension in the tenure of an army chief will not be able to be challenged in any court of law in the future, according to the copy of the Army Act amendment bill.

The federal cabinet on Wednesday approved the draft of the bill, which is expected to be tabled in the National Assembly tomorrow after consultations with opposition parties.

A delegation of Pakistan Tehreek-e-Insaf, headed by Defence Minister Pervez Khattak, had met with PML-N leaders today for bipartisan support for the bill.

Later, the PML-N announced it would support the government’s bill as it "does not want the position of COAS to become controversial".
According to the copy of the bill  the legislation shall be called “Pakistan Army (Amendment) Act, 2020”.

“Notwithstanding anything contained in this Act or any other law, or any order or judgement of any Court, the appointment, reappointment or extension of the Chief of the Army Staff, or the exercise of discretion by the appointing authority in this regard, shall not be called into question before any court on any ground whatsoever.”

The federal government on Thursday also sought a stay order from the Supreme Court against its November 28 verdict in the army chief extension of service case.

The government in its plea requested the apex court “to accept the application and suspend/stay the operation of the impugned judgment dated November 28, 2019, in the interest of justice".

This is the second petition filed in this high-profile case by the government.

On December 26, the law ministry had approached the top court against its detailed judgement, issued on December 16, in which the federation was ordered to legislate on the matter within six months.

The petition filed today prayed to the court that "The petitioners have a strong prima facie case to succeed; hence the operation of the impugned judgement may be suspended/stayed till the final decision of this civil review petition."

It further stated that the "balance of convenience lies in favour of the petitioners" and if the "injunction as prayed is not granted, the petitioners will suffer irreparable loss.”

The plea asked the chief justice to "constitute a larger bench comprising five judges so as to hear the review petition.”

In its previous petition against the detailed order, the government had pleaded the court to keep the proceedings in-camera.

The petition further argued that the top court’s verdict did not take into account "important constitutional and legal" points. It further stated that the apex court has itself "been giving extensions to additional and ad-hoc judges", making a case for the government to exercise this discretion as well.