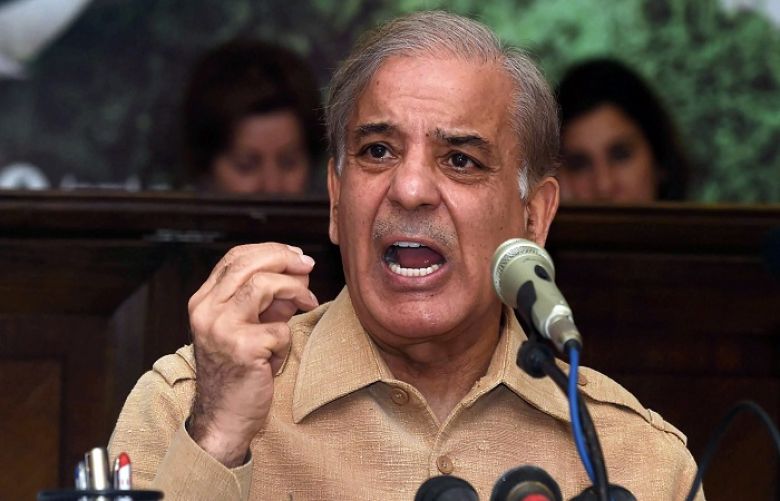 Pakistan Muslim League-Nawaz (PML-N) President Shehbaz Sharif on Wednesday lashed out at the 'Niazi-NAB alliance' for freezing his assets.

The Opposition Leader was addressing a press conference during which he lashed out at the anti-graft body, claiming that it was a part of Imran Khan's 'team'. "I have always said that an alliance between Imran Niazi and NAB exists." he said.

Shehbaz said that he had been summoned to court to attend a hearing of the clean drinking water case but was arrested for his alleged corruption in the Ashiana housing scheme case.

The former Punjab chief minister said that Pakistan had progressed a lot during the Nawaz Sharif government.

"Loadshedding used to take place for as many as 20 hours before our government was elected," he said. "Nawaz Sharif used the resources of the nation to produce 5,000 MW electricity."

Shehbaz said that Prime Minister Imran and his advisors had been issuing statements against the PML-N leadership for the past one-and-a-half year.

"Every Pakistani is disappointed with this alliance between Niazi and NAB," he said.

The PML-N president said slammed the prime minister and labelled him a 'master of U-turns'.

"I have never in my life seen a prime minister who lies as much as Imran Khan," he said. "Had he spent one-fourth of his time for Pakistan's development circumstances would be different today."

Shehbaz said that the government had not build a single home in the past one-and-a-half year when it promised people five million houses.

He said that the 'NAB-Niazi alliance' was unable to prove even an ounce of corruption against the Sharifs.

"The failed policies of the PTI government have resulted in unemployment rising in Pakistan. We are burying ourselves in debt," he said.

He said that there were some ministers in the government who had used their political influence to have loans written off.