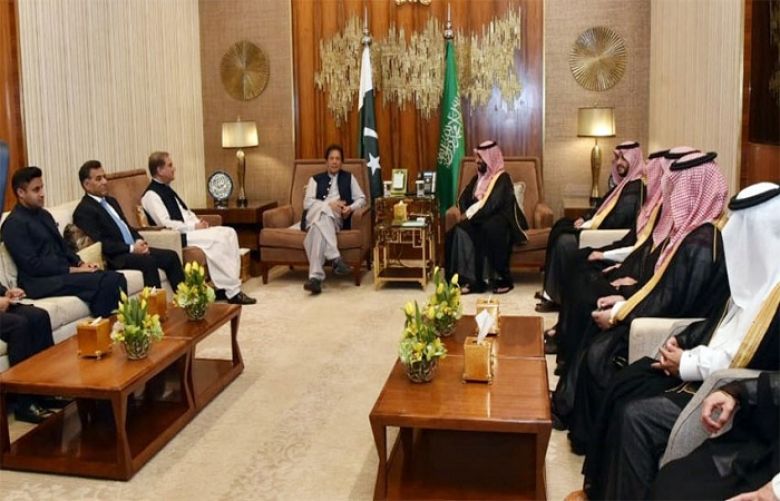 During the meeting, which was second between the two leaders within a month, the Prime Minister said Pakistan considered its bilateral relations with Saudi Arabia very important.

He said Pakistani nation had a united voice for the honor and sanctity of Harmain.

Prime Minister Imran Khan also spoke about security situation in the region and the efforts for peace and security.