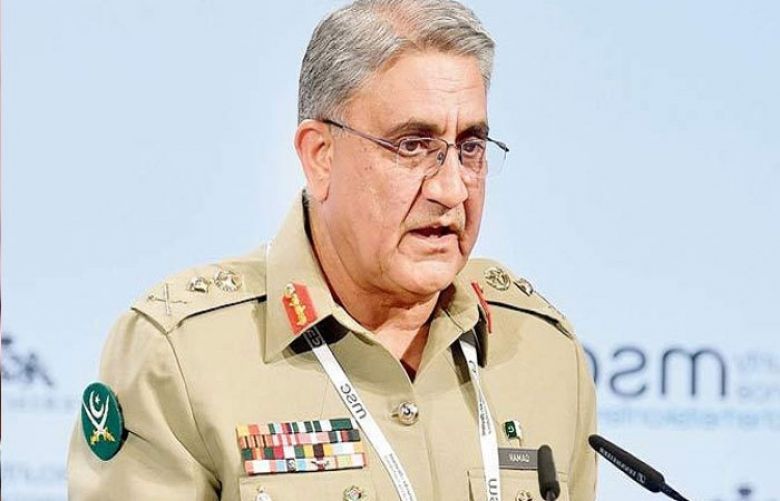 General Bajwa presided over a two-day annual Formation Commanders’ Conference at the General Headquarters (GHQ), Rawalpindi. The conference was attended by all general officers of Pakistan Army.

The forum reviewed geo-strategic and national security environment, the ISPR said in a statement. Internal security landscape of the country, challenges being confronted and responses were also discussed in detail at the conference.

On the occasion, the army chief said Pakistan Army remains fully capable and ready to respond to any threat for defence of the motherland.

He also appreciated the successes being achieved in ongoing operation Raddul Fasaad to carry forward the gains made so far towards enduring peace and stability.

Furthermore, the forum pledged to continue all efforts to serve the country.

Tensions between the two nuclear-armed arch-rivals soared in February after a suicide bombing in Indian-occupied Kashmir (IoK) that killed 40 Indian paramilitaries on February 14.

India launched a cross-border air raid and Pakistan hit back the next day, downing two Indian Air Force (IAF) jets and capturing one of their pilots.

Pakistan, however, released the captured Indian pilot as a goodwill days later.