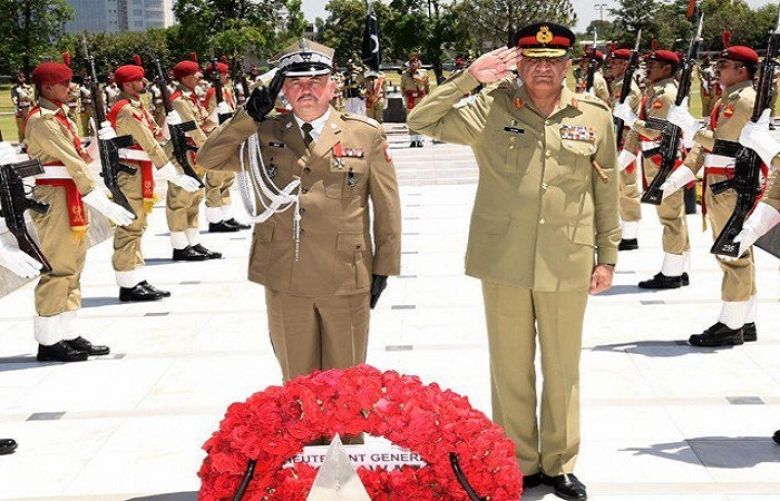 According to the Pakistan army, media wing Inter-Service Public Relations (ISPR), an alert contingent of Pakistan army presented salute to the Polish army chief on his arrival at the GHQ.

The polish army chief laid a floral wreath on a martyr’s memorial while the visiting guest lauded professional capabilities of Pakistan armed forces and also hailed Pakistani success achieved in the fight against terrorism.

The polish commander said that Pakistan role in the fight against terrorism and establishing peace and stability in the region is commendable.