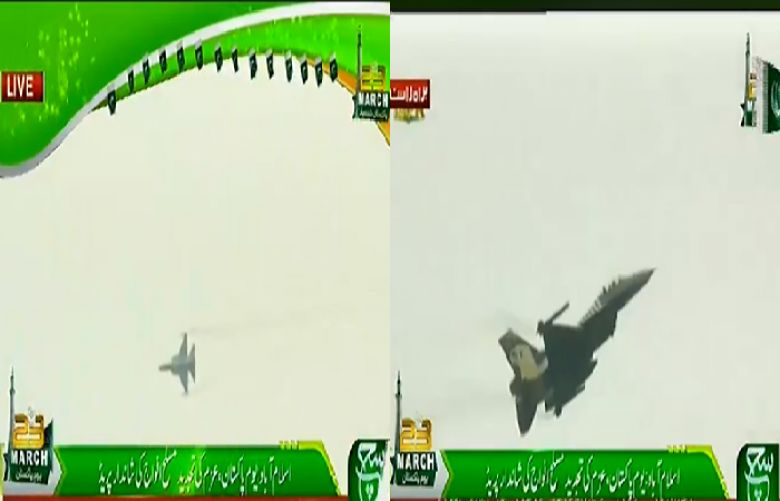 The Pakistan Air Force (PAF) chief who led the fly-past as a salute to the president addressed the gathering from his F-16 jet and said, "This is your air chief. Make no mistake we will always safeguard Pakistan. Presenting to you our wings of freedom as the guardians of your sky. Pakistan Zindabad."

The JF-17 jets were followed by similar formations of Mirage, F-7PG and other fighter aircraft.

Pakistan displayed its military might at the parade held to mark the National Day.

Malaysian Prime Minister Mahathir Mohamad, who is on a three-day visit to the country, was the guest of honour at the parade.

Contingents of armoured and mechanised infantry, including the Al-Khalid and Al Zarrar tanks, a variety of Armoured Personnel Carriers (APC), howitzer guns, radar systems and other modern weaponry were also rolled out at the parade.

Combat and attack helicopters and jets belonging to the armed forces and PAF as well as the Chinese aerobatics team mesmerised the audience with their manoeuvres. Skydivers of airborne units of the three armed forces as well as paratroopers from Azerbaijan, Bahrain, Saudi Arabia and Sri Lanka took part in free-fall jumps and showcased their skills.