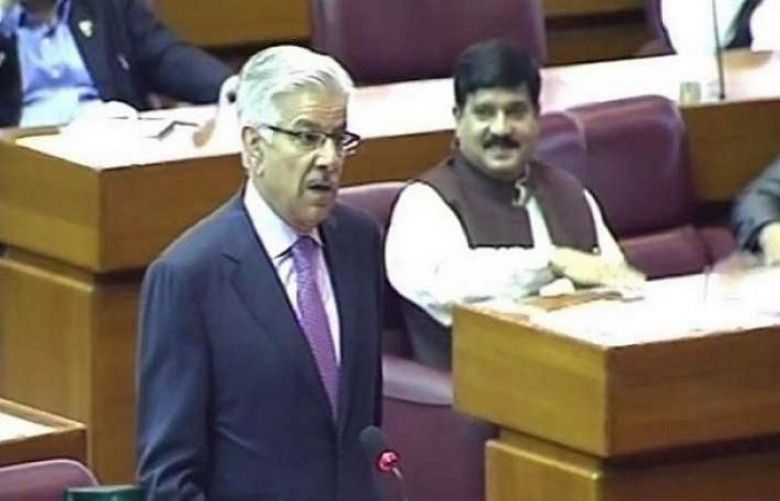 File Photo Never used bad words for anyone even for Musharraf: Khawaja Asif

The leader of Pakistan Muslim League Nawaz (PML-N) and former Foreign Minister Khuwaja Asif said that the parliament gives respect and prestige to legislators and it is symbol of federation unity.

“The parliament is the symbol of federation and rule of people,” he said during his speech.

He reminded that PML-N had faced the dictatorship for eight years and the same allegiance can be seen in the finance minister, however, all his claims proved bubble and he had to approach IMF.