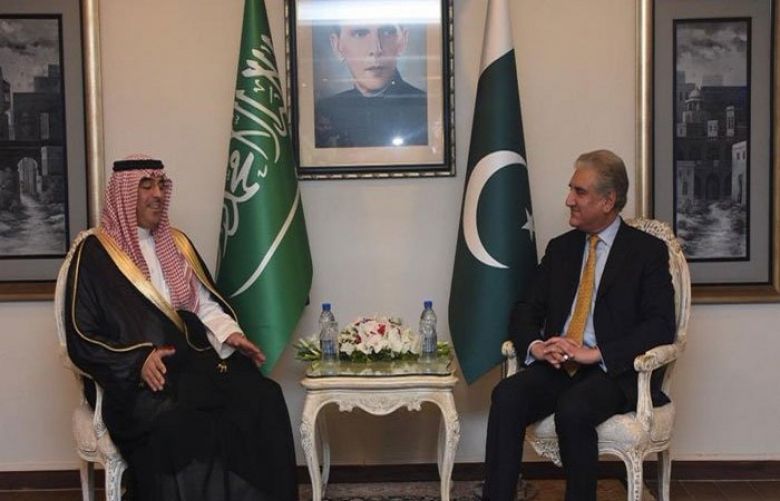 The foreign minister welcomed the wishes of the Saudi leadership, stressing need for promoting economic cooperation between the two countries, a spokesperson for the Foreign Office said.

The two figures agreed to enhance contacts between leaders of the two states. On the occasion, Qureshi also invited Saudi investors for investment in Pakistan.

The visiting dignitary lauded the strong and brotherly bilateral ties, the ISPR added, reaffirming Saudi Arabia's full support to Pakistan in its efforts towards peace and stability.