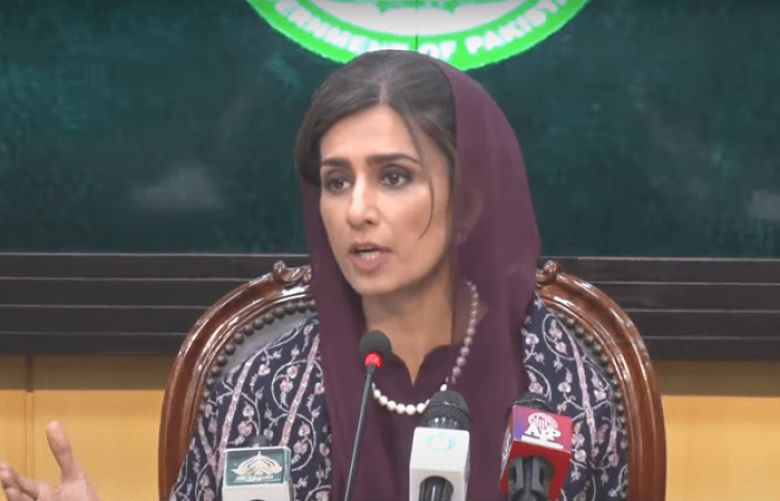 Minister of State for Foreign Affairs Hina Rabbani Khar said on Wednesday that “no country had used terrorism better than India” as she called on the international community to take note of New Delhi’s attempts to destabilise Pakistan.

During a press conference in Islamabad, the minister said that India’s objective was to undermine Pakistan’s peace and security through terrorism, saying “no country had used terrorism better than India”.

“To play on the back of the attention of the world on terrorism and to play the victim, no country has benefitted from it better than India.”

She went on to say that India was portraying itself as a champion of counter-terrorism even though it had not made no contributions in this regard and paid only lip service.

“If you compare Pakistan and India, you will find Pakistan to always be at the forefront of counter-terrorism, of ensuring that we are a player in the world to try and make sure terrorism does not continue to haunt us.”

Khar began her press conference by saying that terrorism posed a serious threat to peace, adding that Pakistan had been at the receiving end of this scourge for long.

“I wish I was here to be talking to you how South Asian Association for Regional Cooperation (Saarc) is prospering, how regional connectivity is happening […] we are at a unique place where perpetrators of terrorism are projecting themselves to be the greatest victims of terrorism.

“As perpetrators of terrorism are drum-beating as United Nations Security Council (UNSC) presidents to talk about terrorism from imaginary sources. And we are also at a unique place because no one is willing to call the bluff, to call out the clear, simple, glaring hypocrisy.”

She said that when there was “undeniable, indisputable” evidence, it was necessary to “call a spade a spade”.

“This particular effort is to bring attention to the attention of the world and to expect them and encourage them to see things based on evidence.”

She highlighted that Interior Minister Rana Sanaullah had already held a press conference a day earlier on the blast in Lahore’s Johar Town in 2021. She said earlier in the day, the foreign secretary called the diplomatic corp and shared a “dossier”, containing evidence of India’s involvement in the incident, with them.

“This dossier, as you already know, has details, evidence of how India has found to be fully behind this particular incident which led to the loss of lives. And we do not, unlike our neighbours, go the next day and blame one country or the other. We waited till we had strong hard evidence to be making the case we are making today.”

Taking about the Lahore blast, she said there was clear evidence of the terrorist attack being “planned and supported” by India. “It reflects India’s persistent hostility towards my country and the use of terrorist proxies to achieve terrorist objectives.”

Khar went on to say that some of the perpetrators of the attack had been brought to justice, but also said that the “masterminds and the facilitators” remained at large and “under Indian state patronage and protection”.

She highlighted that India continued to operate as a “rogue state”. “A country that tries to deny the existence of UNSC resolutions […] shows what type of a mindset this country has.”

She went on to say that India had been paralysing the UNSC sanctions regime by blocking listing of Indian terrorists actively aided and financed by the Indian state. She also shared the names of four Indian nationals the listing of whose names was blocked, namely Govinda Patnaik, Parthas Arti, Rajesh Kumar and Mr Dumgara.

“I don’t think I need to remind anyone that India has had a role in destabilising its neighbouring countries and weaken their economies to try and pursue its hegemonic designs in the region,” she said, adding that the China-Pakistan Economic Corridor and Balochistan were two examples of this.

The minister also reminded India that there could not be “islands of excellence in a sea of depravity”. “So when you try and harm your region, you actually end up harming yourself.”

The minister said India was “frustrated” after Pakistan was removed from the Financial Action Taskforce’s (FATF) so-called grey list. “They have completely mastered the art of using international organisations for their political gains […] India remains the recruiter, the financier and the facilitator of various terrorist outfits and foreign terrorist fighters in the region.”

She said India was chairing UNSC meetings on terrorism and beating the drum on the issue but had now been caught “red-handed” orchestrating terrorist attacks in Pakistan. She called on India to desist from pursuing this policy and to look at the region as it was.

“India’s unabated slip into the abyss of terrorism is being clouded by this growing India, emerging India narrative.”

She said that the international community, particularly the UN and FATF, had the responsibility now to hold India accountable for its terrorist actions.

“We are looking for accountability. The Lahore incident, for us, is a test case for the credibility and integrity of international counter-terrorism and counter financing of terrorist regimes. The world must show that efforts to counter-terrorism are non-discriminating. The international conscience cannot be held hostage to what are clearly political and economic exigencies of the time.”

She said that Pakistan had shared the dossier with members of the UNSC and would also share it with the UN secretary general. “We hope that they would look into this evidence and fulfill their responsibilities.”