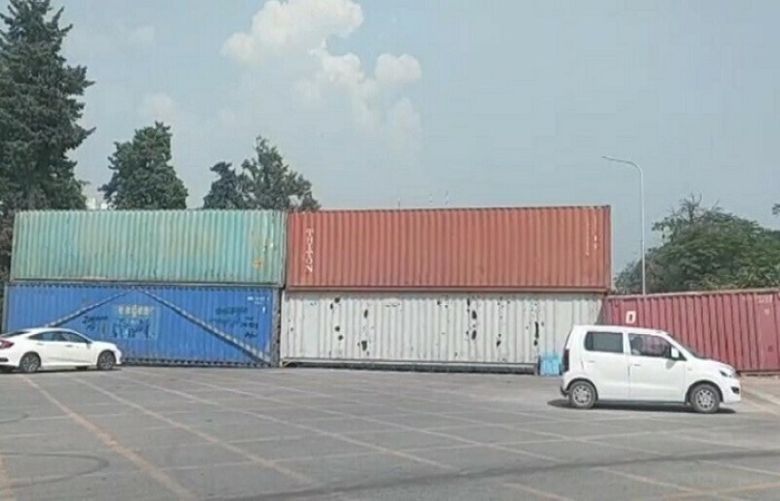 The Islamabad Capital Territory Police (ICT) on Tuesday said the security at entry and exit points of the city’s Red Zone areas has been beefed up to ward off any possible law and order situation in light of a political rally “headed towards Islamabad from Punjab”.

The ICT, in a tweet, explained that the security was bolstered as “some people” are headed towards Islamabad to have their political demands accepted.“

The beefing up of security also comes ahead of Imran Khan’s expected indictment in contempt of court proceedings against him for passing controversial remarks against Additional District and Sessions Judge Zeba Chaudhry.

Separately, PTI Chairman Imran Khan had on Sept 2 issued a “fresh warning” to the Shehbaz Sharif-led coalition government about marching towards the capital if it “continued to torture” his party’s leaders and workers.

The police officers said the request was made to the provinces in response to directives from politicians ruling the country. However, no response has so far been received from the provinces, they added.

A contingent of 3,000 FC personnel is already present in the capital and were asked to assist the capital police, officers added.