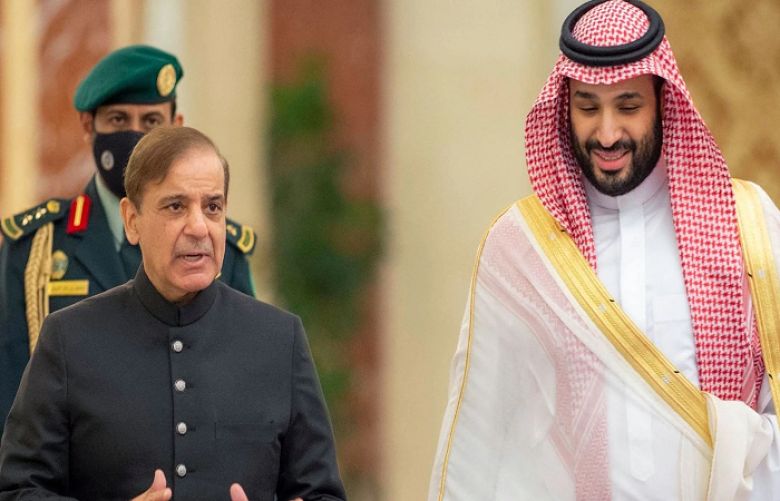 Citing people familiar with the matter, the publication said that apart from renewing the deposits with the State Bank of Pakistan as soon as this week (SBP), Saudi Arabia is also considering providing further financial help.

"The kingdom also plans to provide $100 million a month for 10 months in petroleum products that will be granted as additional support," the publication quoted the people.

The announcement is expected within two days, it added.

Once the plan becomes official, Pakistan's $4 billion funding gap — a pre-condition of the International Monetary Fund (IMF) — will be fulfilled, paving way for the revival of the lender's programme.

The IMF had set a condition that the cash-strapped nation needed to fulfil its $4 billion financing gap for the loans to be disbursed under the combined seventh and eighth reviews.

Minister for Finance and Revenue Miftah Ismail has confirmed that the IMF Executive Board is expected to meet on August 29 for taking up Pakistan’s request to approve the seventh and eighth reviews and release a tranche of $1.17 billion under the Extended Fund Facility (EFF).

“We have received the Letter of Intent (LoI) copy, and we will send it back to the IMF’s executive board on Monday," the finance minister said.

Pakistan received the much-awaited LoI from the IMF Friday, which would be sent back to the Fund’s executive board with the request to revive the stalled programme under the EFF.

The development comes as the country’s foreign exchange reserves held by the SBP continued to decline on a weekly basis, and fell below $8 billion — the lowest level since October 11, 2019.

During this week's close, the Pakistani rupee maintained its uptrend for the ninth successive working day, as it further gained Rs3.38 to close at Rs215.50 against the US dollar in the interbank market.

Ministry of Finance's former adviser Dr Khaqan Najeeb said that the continuation of the IMF programme was “indeed necessary” for a country like Pakistan.

Explaining the need for the IMF programme, Najeeb said that the nation is facing a balance of payment challenge and critically low reserves of $7.8 billion.

“However, this breather must be used wisely,” he added.

Dr Najeeb explained that the current programme with the IMF could help ride over the liquidity crunch by ensuring external fund flows in the fiscal year 2022-23.

Along with an uptick in domestic revenues through higher taxes, he said it will help tame the quasi-fiscal losses in the energy sector through hurtful but necessary price pass-throughs.